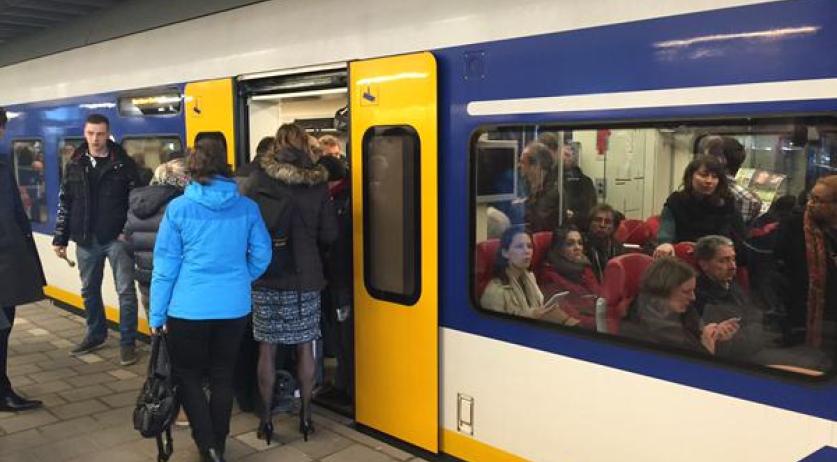 Six police officers were needed to take a "disturbed" man into custody after he assaulted two NS conductors and several passengers onboard a train, police say. The 30-year-old man boarded the train in Zwijndrecht and fought with police one stop later in Barendrecht. Trouble began on the train after the man put his feet up on the seat in front of him, police claim. When the female conductor told him to take his feet down, he "went completely ballistic," a report states. "He screamed and struck the conductor, including [blows] to her head," it continues. A second female conductor rushed to aid her colleague. The suspect is accused of hitting her several times, as well as a few passengers who tried to help. One of the conductors lost a tooth from a strike, RTV Rijnmond wrote. The man left the Sprinter train at the Barendrecht station just five minutes after boarding the train. Police caught up to him thanks to the help of another train passenger that followed him. Officers identified themselves and approached the man, but the suspect struck a cop in the face. "The man resisted arrest so fiercely that agents were eventually forced to use pepper spray," the report reads. He struggled with police officers again at the district station. It was at least the second attack on NS train personnel in as many days. A 34-year-old Deventer woman threw a debit card reader at a train conductor's head Wednesday, police allege.