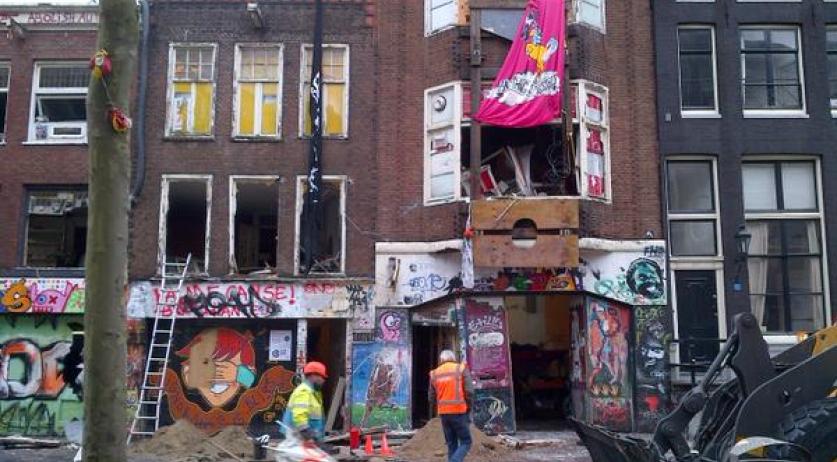 Police in Amsterdam still had eight people in custody late Thursday afternoon as a result of arrests made at the squatter protest and eviction Wednesday in Amsterdam Centrum. Officers arrested 19 people in total for public violence, vandalism, disturbing the peace and failure to comply with official orders. The remaining detainees are expected to be released later Thursday, a police spokesperson told NL Times. Though many of the long-term squatters left the Tabakspanden buildings on Spuistraat last week, the locations were occupied again early Wednesday morning by protestors angry about redevelopment plans for the area. The demonstrators ripped up rows of bricks to form road blocks, and set stacks of wooden pallets on fire in the middle of the Spuistraat. The action led to a tense standoff between the occupiers and authorities. At least 150 police officers mobilized in the area to remove the squatters from the scene. Several protesters responded by throwing paint bombs mixed with glass shards and stones at the gathered officers and journalists, and later by throwing fireworks and flares towards the street below Police fired water cannons to back off those people, and eventually tore down the front doors of most of the buildings, with officers then entering from the rooftops, side entrances and main entrances. There were no injuries reported from the events of the day.