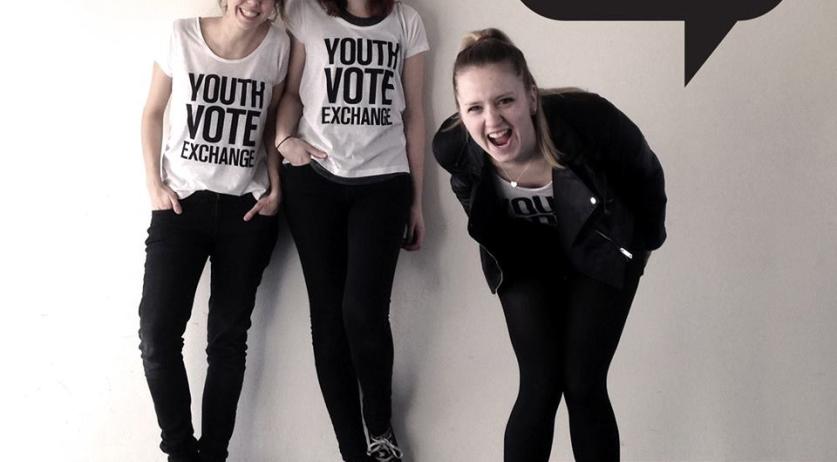 Trade your vote for a toothbrush: Activist campaign raises eyebrows

When three art students decide to prank the Netherlands by jokingly offer residents the chance to trade their votes in the upcoming provincial election for physical goods, they were surprised by the number of people who actually took up the offer. People using their Youth Vote Exchange Facebook page offered up their votes an Apple iPhone charger, pieces of fruit, and cheap household goods, Asja Keeman tells NL Times. “Toothbrush, mango, it’s really strange. It’s something so stupid to trade your vote for that,” Keeman says. “A bike, I maybe understand, but that’s also what the problem is all about. Young people are not placing a lot of value on their votes,” she implores. The group is using the hashtag #RuilJeStempas (literally, “trade your vote”), and a few people have already traded their votes for a hand mixer or a MacBook charger, their Twitter account says. Keenan and friends, Pola Derks van de Ven and Lotte Bögels, are in their final year at the ArtEZ Academie in Arnhem. “In the Netherlands, the youth aren’t really active in voting for province elections,” Keeman says. “This group was formed because we want young people to realize their vote is worth something,” she adds. The Dutch provincial elections, scheduled for March 18, ultimately determine the makeup of the upper house of Dutch Parliament. The upper house, or Eerste Kamer, must also approve measures that pass the lower house before the measure may become law. “It’s not a prank anymore. We started it like a prank, but now people are exchanging their votes,” she says. “On the Facebook page, people place an advertisement, and if someone is interested, they can arrange to meet outside of social media.” Despite their page quickly gaining attention, Keeman says the trio is repeatedly bombarded with radio and television interview requests, she is somewhat disheartened by the public’s enthusiastic response to the trade-off. “I think it’s failing, because we want people to vote, we don’t want them to exchange their vote for something like a toothbrush,” she states emphatically. “We want them to place value on their vote.” Journalists are not the only ones approaching the group. “The government is also asking questions [to determine] if our campaign is illegal. They just decided this morning that they won’t go after us,” Keeman says. The government might not go after them, but their first Facebook page was offline as of 5:30 p.m. on Thursday. "This is the last official statement of Youth Vote Exchange. The goal of the action has always been for young people to give thought to the value of their right to vote," the campaign's website says in a note to visitors. "Our message to young people is, 'Go vote!'"