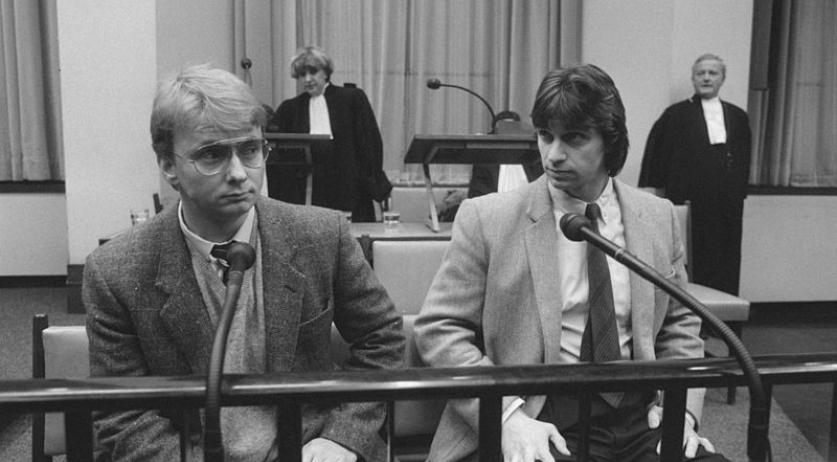 Fred Ross, the key witness in the execution process Passage, was involved in the murder of Heineken kidnapper Cor van Hout. This is according to TV program Brandpunt Reporter based on pieces from the police file that have not previously been made public, NOS reports. The police file states that two eyewitnesses recognized Ross. It also shows that the Public Prosecutor already considered him as a suspect in the murder in 2007. Ross denies killing Van Hout. According to him he only put the car used in the murder in the right place and named Willem Holleeder as the order giver in the assassination. The assassination happened in Amstelveen in 2003. Robert ter Haak also died in the attack. According to the newspaper, Brandpunt's information undermines the credibility of the witness. It will also jeopardize Ross' agreement with the Public Prosecutor if it turns out that he lied about his roll in Van Hout's murder. Part of the key witness deal is that Ross must give full disclosure about his roll in executions. In exchange for this and statements he made against other suspects, the Public Prosecutor promises to halve his sentence. Ross will also get a new identity once his sentence is served. The criminal underworld believes that Ross played a major part in Van Hout's assassination, NOS reports. He allegedly even bragged about it while he was in prison. Peter la S., another witness in the Passage process, stated that the execution was carried out by Ross and Sjaak Burger, also a suspect in the process, while yet another suspect Jesse R. stood lookout. The pieces in Brandpunt's possession seem to indicate that two eyewitnesses described the perpetrators to the police. A composite sketch was made based on the first witness's testimony which resembles Ross. The second witness picked Ross out of a lineup of 8 people.  The episode of Brandpunt Reporter will broadcast tonight at 22:35 p.m. on NPO 2.