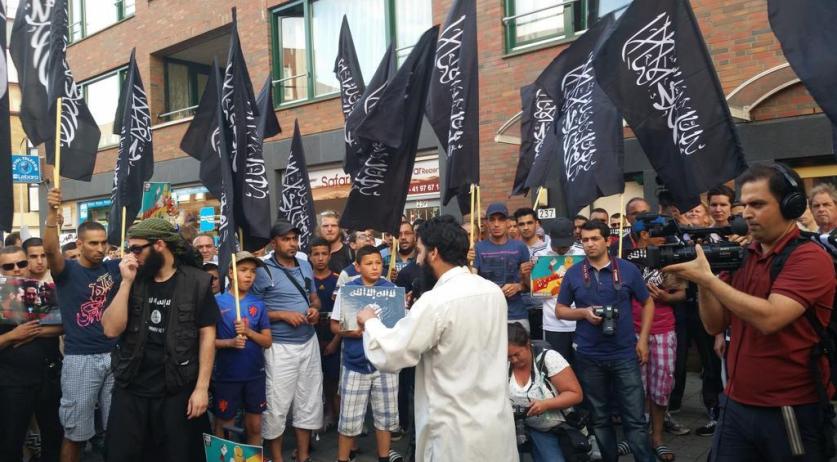 The Dutch jihadist who committed a suicide attack in Fallujah, Iraq has been identified as Lotfi S., also known as Abu Hanief, sources tell NOS and RTVNH. He was also one of two speakers at a July rally in The Hague to garner support of both ISIS, which also raised ire for calls to murder Jews. He is the fourth known Dutch jihadist to carry out a suicide attack in Iraq or Syria. The 32-year old Lotfi was from Amsterdam. He had been arrested by the police after the demonstration in Schilderswijk, The Hague, with Hague resident Azzedine C. (Abu Moussa), but he was released after a brief interrogation. The two were suspected of inciting violence against a group of people. Lotfi S. was a member of two partnered Jihadist groups, Straat Dawah and Behind Bars, intelligence service AIVD told the broadcaster. The groups have been particularly successful at recruiting potential jihadists, they reported. The Amsterdammer was also in Museumplein, Amsterdam in September 2012 to protest the movie Innocence of Muslims. His group garnered coverage for shouting slogans and chants in support of Osama bin-Laden.