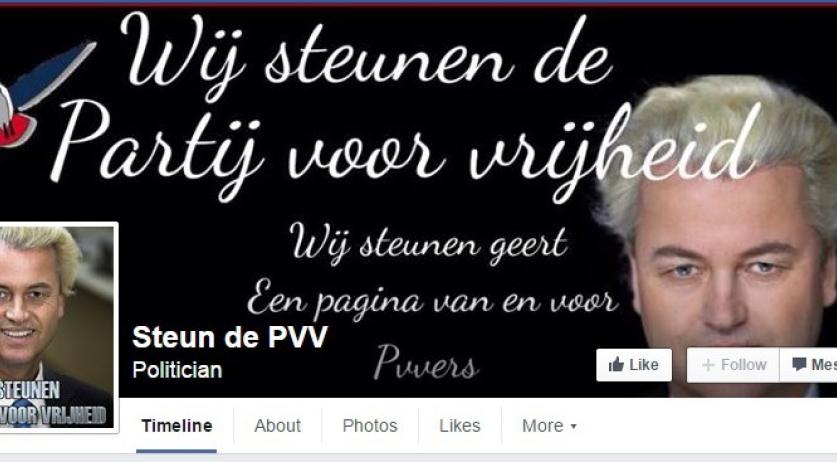 There will be a criminal investigation into racially-charged comments made on the PVV supporter Facebook page "Steun de PVV." The comments were posted to the page earlier this month. An article from de Telegraaf titled "Another firebomb thrown at Swedish mosque" was posted on the page, called "Support the PVV" in English, on January 1, prompting a flow of comments by Facebook users who have liked the page. The Association Council of Moroccan Mosques Netherlands, the Contact Committee of Muslims and Government (CMO) and the Council of Moroccan Mosques North-Holland/Mosque Al Kabir have reported the Facebook page for making threats, insulting people and inciting discrimination and hatred, reported the Amsterdam District Public Prosecutor. The public prosecutor (OM) has deemed twelve of the comments in response to the article possible for prosecution, on the grounds that they are inflammatory or directly incite discrimination or violence. Some statements abet or incite violence against Muslims and mosques, the prosecutor reasoned. The police investigation will now aim to find the identities of the people who may be held responsible for the twelve statements. At present, the OM considers that the administrator of the page is not punishable, as they removed the comments shortly after they were published.