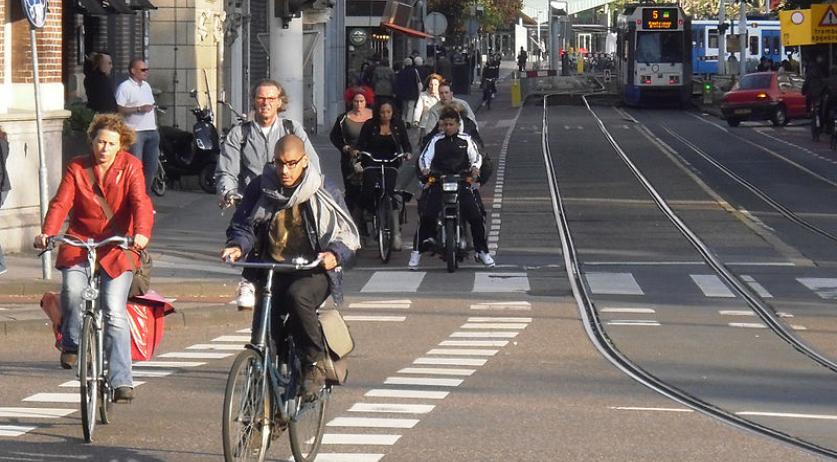 An analysis of the Foundation of Road Safety Research (SWOV) shows that Amsterdam is the most dangerous city in the Netherlands for cyclists and pedestrians compared to the three other major cities. In the period between 2000 and 2011, the number of cyclists that were seriously injured in the city increased by half. The analysis shows that cyclists in the city have the highest probability of dying in an accident. 28 percent of the 274 fatalities rode a bicycle. Pedestrians are almost as likely with 27 percent of the fatalities. Both the percentages of deaths among pedestrians and cyclists are higher in Amsterdam than in Rotterdam, The Hague and Utrecht. The percentage of deaths caused from car accidents in Amsterdam is actually lower than in the other three major cities. Buses and trams in Amsterdam are more often involved in accidents with fatalities than in the other cities. The road fatalities in Amsterdam mainly involve people between the ages of 25 years and 35 years and people over 75 years old. The most fatal accidents occurred on roads and intersections with a 50 kilometer per hour speed limit According to the SWOV, the analysis was hampered by the fact that since 2009 the police have been recording accidents incompletely. As a result the information on the number of traffic injuries is incomplete in many cases. There are even fatal accidents that do not appear in statistics between 2009 and 2014. According to SWOV researcher Henk Stipdonk, they therefore made use of data from hospitals.