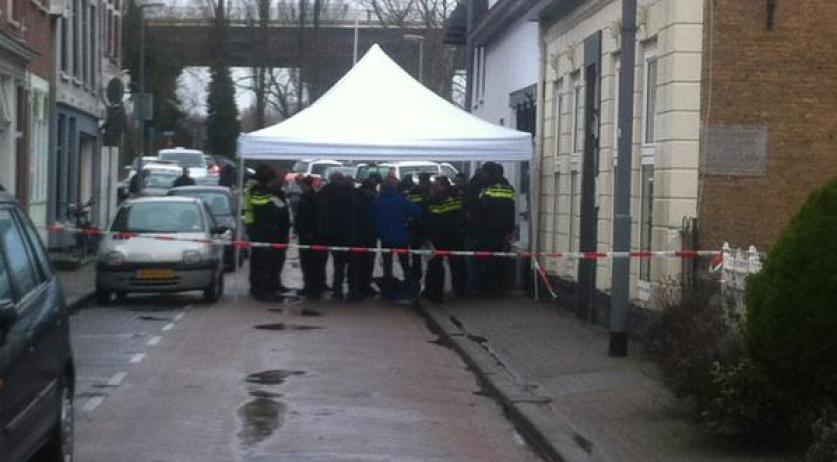 Two men found dead on Thursday afternoon inside a Rotterdam home were the victims of a violent crime, possibly a shooting. The victims were found in a home on Bovenstraat in the IJsselmonde district, while a third man was found wounded nearby on Kasteelweg, police say. Initial reports suggest the violence on Bovenstraat to be a possible criminal retaliation. The injured man stumbled into an office building with multiple wounds and was taken to hospital for treatment, reports ad.nl. Two people were seen running down Kasteelweg and then driving away in a van. Witnesses on Bovenstraat also reported seeing two men running from near the scene. Police say they are investigating the likelihood of a link between the injured man and the two homicide victims. The police have shut down the entire area and deployed a helicopter to help in the search of the perpetrators, who are still at large. It is the second high-profile violent homicide in under 24 hours. A 60-year old woman was gunned down in Amsterdam late Wednesday night, and was found on her apartment balcony after witnesses called in the crime.