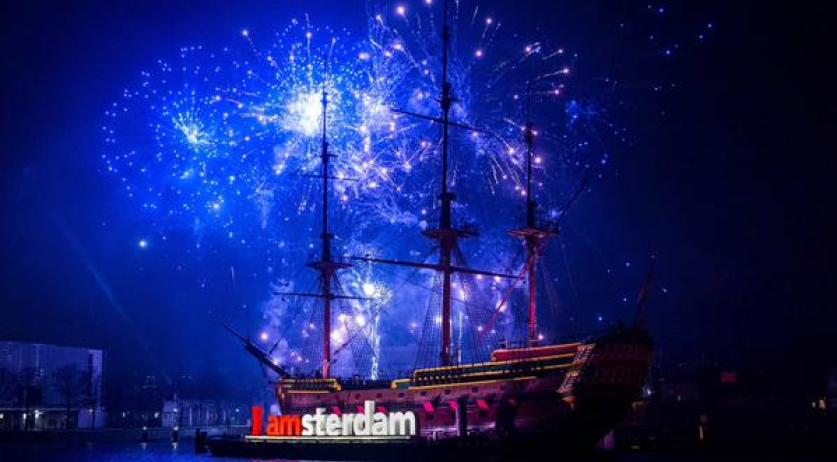 The Netherlands entered the new year with fireworks and oliebollen. Tens of thousands people were present at the National Count Down at the Scheepvaartmuseum (Maritime Museum) in Amsterdam. In Rotterdam 40 thousand people watched he fireworks that was lit at Erasmusbrug. For the first time in 250 years The Hague lit fireworks over the Hofvijver. 600 kilograms of fireworks were shot into the air at the Scheepvaartmuseum, according to the organization of the count down. The fireworks included 750 firework bombs, 550 arrows and 250 Roman candles. The firework show lasted 8 minutes.   The Hague celebrated the New Year on the Hofvijver with fireworks. This is the first time that The Hague had a central place in the city with fireworks. If it is up to the municipality, this was the start of a tradition, combined with firework free zones.