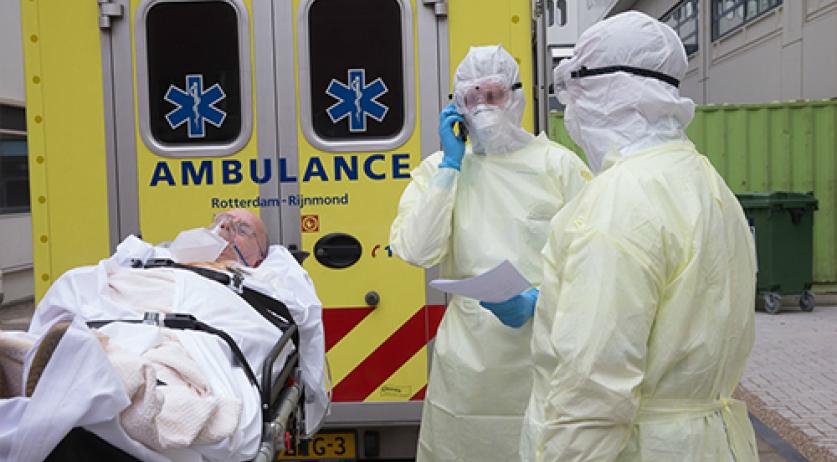 The Nigerian who had been treated for Ebola in the UMC Utrecht in recent weeks, has returned to Africa. He has been cured and can not infect others. On Monday the United Nations soldier flew back to Liberia, where he helps in the fight against Ebola. There he will be reunited with his family. The Nigerian is very happy with all the support he received during his stay in Utrecht. According to the Ministry of Foreign Affairs, he received many drawings from children. "This touched him deeply. He is very grateful to the Netherlands for his recovery and now looks forward to seeing his wife and children again." The man was transferred to the Netherlands in early December and hospitalized. He was the first foreign Ebola patient to be treated in the Netherlands. Specially trained medical staff treated the man in strict isolation. They will be monitored over the coming weeks to check whether they have not inadvertently been infected with the severe disease. Ebola is most prominent in the West African countries of Liberia, Sierra Leone and Guinea. More than 19 thousand people have contracted the disease in the past year, more than 7,500 of them have died.