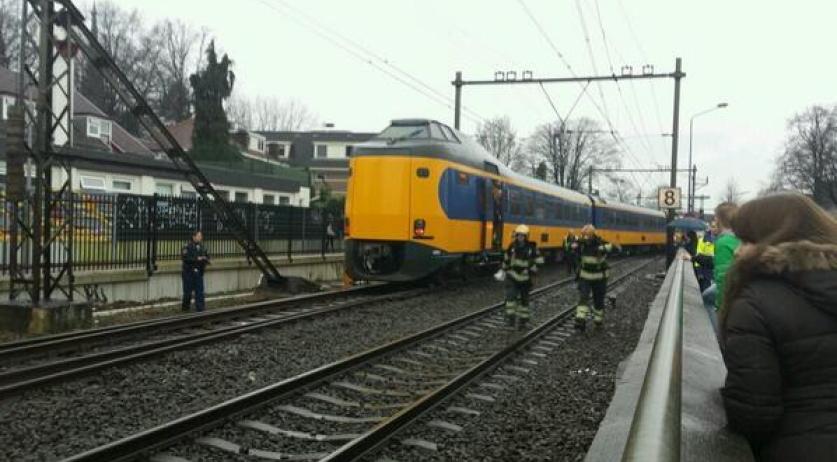 The train derailment near Hilversum station on January 15th of this year was partly caused by overdue maintenance of a switch. This is according to the report that the Safety Board released today. The train derailed shortly after departing from Hilversum station when it drove over a switch. After the first part of the train drove straight over the switch, the rear part of the train was suddenly directed to the adjacent track, thereby derailing the train. This derailment caused days of delays in train traffic. The derailment was caused by a fatigue failure in a small part (ring) of the switch. This is due either to the ring being poorly finished during manufacturing, or the switch being in poor condition. Parts of the switch was so warn that the wheels of passing trains regularly hit the switch blade. The Safety Board's investigation showed that ProRail does not enforce countering "hitting the switch" in the maintenance requirements for maintenance contractors. ProRail was also not aware of the wear and tear on the switch. The risk of such a derailment was not recognized because ProRail, the supplier of the switch and the maintenance contractors exchanged insufficient knowledge and experience. Due to the increased social pressure on the improvement of the track performance, the track maintenance focuses more strongly on the prevention of traffic disturbances. The Safety Board notes that this development may unintentionally come at the expense of rail safety. If the track maintenance is unilaterally focused on the prevention of traffic disruptions, it may happen that components important to safety are given too little maintenance.