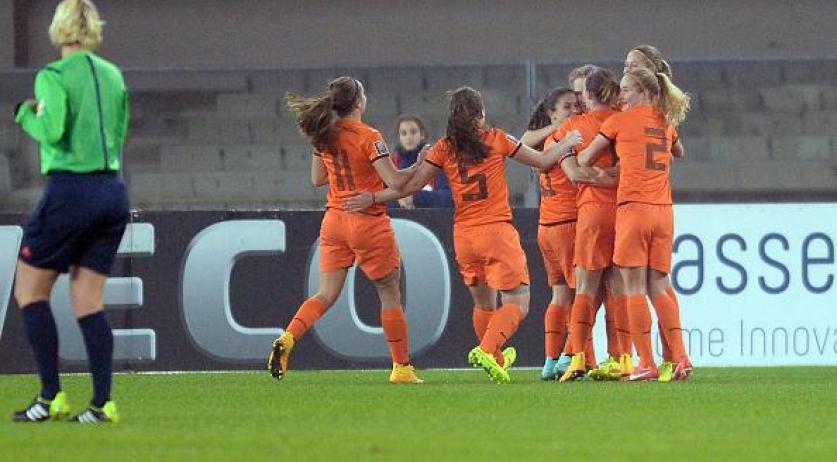 The Dutch national women’s football squad knocked off Italy in a closely-contested one game playoff match to take the final European spot in the 2015 FIFA Women’s World Cup. Oranje beat Azzurri 1-2 in Verona, with goals by 18-year-old Vivianne Miedema in the 8th and 42nd minutes. It is the first time in history the women’s team has made it past World Cup qualifiers. Miedema found herself in open space with the ball and punched home to make the score 0-1. After near misses by Manon Melis and Miedema, Miedema again found herself with the ball. A good pass from midfielder Lieke Martens hit Miedema at the top of the penalty area. Some footwork opened up space past a defender, and with a dribble around Italian goalkeeper Sara Penzo she had an empty net and took advantage of it. It was her 18th goal in 18 matches. After the restart, an Italian rush down the right side led to midfielder Elisa Camporese sending a cross into the box. Dutch defender Stefanie van der Gragt misplayed the ball and sent in the own goal early in the second half. The first leg was played on Sunday and ended in a 1-1 draw thanks to an equalizer by Miedema. Over 13,000 people came out to cheer the team on in Den Haag on Sunday.