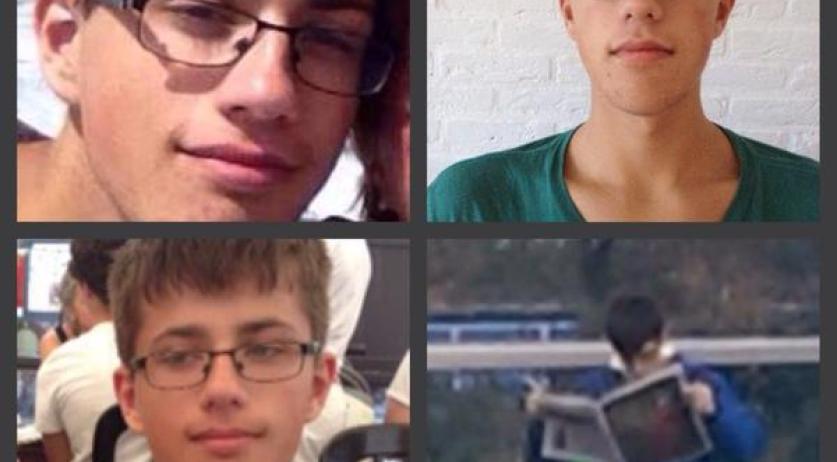 A 17 year old autistic teenager from Twello has gone missing. Teun was last seen around 15:00 yesterday afternoon at Apeldoorn station. The autistic boy lives according to strict rituals, which is why his disappearance is so alarming. "Teun goes daily to the ROC Aventus in Apeldoorn from 08:00 to 10:00", says his mother Carin Parie. "Then he has a few hours and comes home in Twello. He then has lessons from 15:30 to 16:30 and then he takes the train home." Yesterday Teun did not come home. At around 17:30 yesterday afternoon Carin suspected that something was wrong. Teun's travel history shows him checking in on Apeldoorn station at 10:13 a.m., but he never checked out. Other village residents say that they saw Teun getting a bottle of orange juice at about 11:00 a.m. at the C1000 in Twello. He was also seen at Apeldoorn station at 15:00 where he was checking in for the train to Enschede. After that there is no trace of the boy. At 11:27 and 12:00 an amount was withdrawn from the boy's account at two different banks in Twello. Twice 250 euro was pinned, something Teun never does. "He normally only buys a bag of candy. He is someone who likes to talk about his savings behavior. If someone can not afford something, he says I can buy it. Maybe someone abused that." says his mother. After Carin realized that her son was not coming home, she called the police and spread his picture through social media. She drove to the C1000 where Teun works on his free evenings, hoping to find him there. Police patrolled around the school, ROC Aventus was searched as well as the stations at Twello and Apeldoorn. But there was no trace of the boy. Yesterday Teun wore jeans, bright green Vans, an army green, half length winter coat and a gray blue Eastpak bag. He is tall and has short, dark hair. "Without gel, because he doesn't like styling," said his mother. He also wears glasses with green accents. "You can see that he is different from others" said Carin. Carin is very worried about the whereabouts of her son and asks that anyone with information contact her. "My son is especially vulnerable", she said in tears to AD. "Please let me know if you know more." https://twitter.com/CarinParie/status/537077221505372160