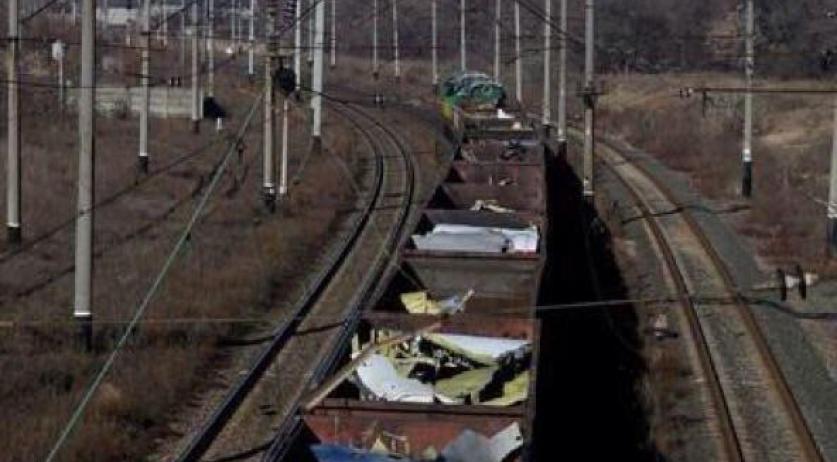 - Source: MH17 wreckage being transported to Kharkiv (Picture: Twitter/@fractalhorizon) at
Crime
investigation into cause of disaster
Kharkov
MH17
MH17 wreckage
Organization for Security and Cooperation in Europe
OSCE
salvage mission
Share this:

The train containing the wreckage of flight MH17 arrived in Kharkov on Sunday, reports the Safety Board. The wreckage is needed for the investigation into the cause of the disaster. The Safety Board wants to do a partial reconstruction of the plane, among other things. It is the intention that the plane parts will eventually be brought to the Netherlands for further investigation. It is still unclear how and when that will happen. The salvage mission at the disaster area started last week and concluded on Sunday. Every day for a week the salvage team went to work at the disaster area. The team was led by the Organization for Security and Cooperation in Europe (OSCE) because of the dangerous conditions in the war zone.