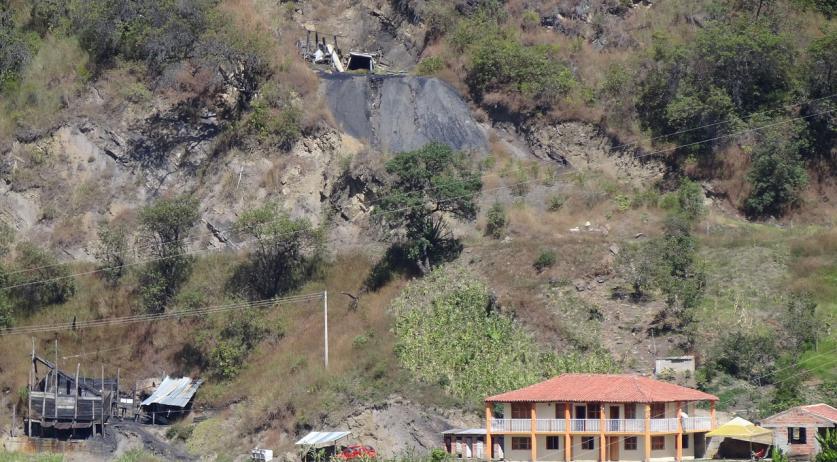 The five major energy companies, which import coal from Colombia in South America, has promised to investigate any abuses and human rights violations around the coal mining. This is contained in a covenant that the companies EPZ, Nuon, E.On, Essent and GDF Suez singed with Minister Lilianne Ploumen of Foreign Trade and Development Cooperation on Monday. Action group Pax is "cautiosly optimistic" about the covenant, but also disappointed because only one new promise was made. Ploumen committed to "explore the possibilities" to create a "dialogue between victims of the armed conflict in Colombia and the Colombian private sector". According to spokesperson Suzanne van den Eynden, the energy companies themselves should also make an effort, not just the government. At company level energy companies are also not required to report where they get their coal, as Pax would have preferred. But there is a single list of all the mines and mine regions that provide the Dutch power plants with coal. Criticisms on the compliance of the agreement will be dealt with by the National Contact Point for the OECD-guidelines (NCP) of the Ministry of Foreign Affairs. The NCP however has no authority to impose sanctions and can only mediate. According to the action group, the pivotal role of the organization of the Coal Covenant is therefore a sham. The covenant was an obstacle for the trade mission to Colombia later this month. Colombia is a major supplier of coal for the Dutch and European market. Ploumen and her delegation's program included a visit to the Cesar region, where the controversial coal mines are located. Research by Pax earlier this year found that the coal industry in this region has made agriculture impossible and caused lung disease among the population. Child prostitution and venereal diseases have increased exponentially since the advent of the mines.