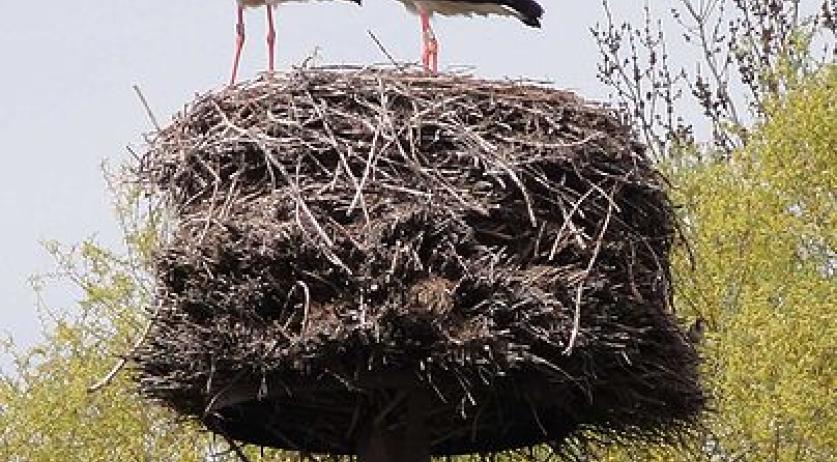 ProRail plans to replace the nest of two storks whose nest had to be removed after it threatened to fall on the tracks. The stork's nest above the track near the Stahdouderweg is a known phenomenon in Rotterdam. The storks have been settled there for some time. Last week however, the nest seemed likely to fall down onto the tracks. The fire department had no choice but to take the nest away. The birds came back and watched helplessly as their home was dismantled and removed. ProRail usually discourages the building of nests in these kinds of places as it poses a safety risk. But an exception was made for the Blijdorp birds. Experts say that the storks will return and try to build their nest again. ProRail plans to build some kind of structure that will prevent the nest from falling. This will hopefully prevent the birds flying around aimlessly or maybe even leaving Rotterdam completely.