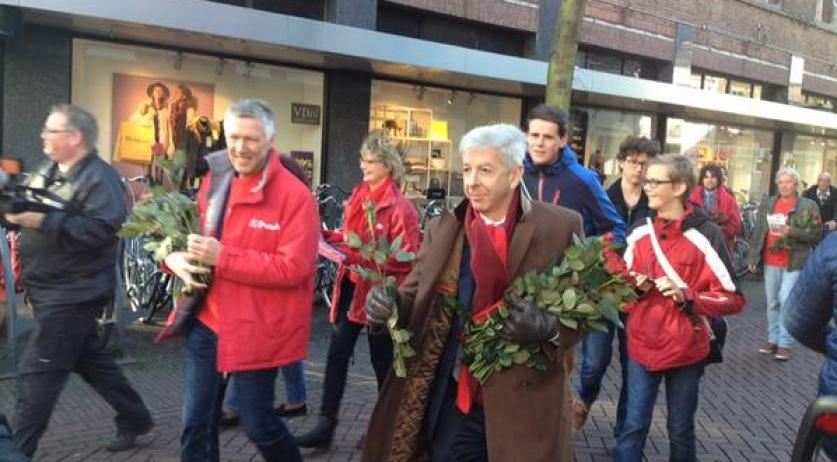 The PvdA is drastically changing course. The party wants to break with the managerial attitudes and transform itself into a community and workplace party. PvdA politicians are obliged to spend a quarter of their working time outside the town halls, the country houses and the parliament building.  In the report Politics of Value, the party declares hat it intends to break with the "powerlessness of its own making" and chose "robust idealism". The writers, from all walks of the party including the Second Chamber fraction, want radical change. The report stems from the quest initiated by party chairman Hans Spekman after his appointment in 2012 - exploring values driven politics. The PvdA wants "radical politic" companies "with a small scale as norm", a party who "fights inside and outside parliament for a good life for everyone". The new PvdA is a "mobilization channel for direct social action". This results in a set of intentions. "It should not be about the rising cost of care for the elderly, but the elderly who do not get the care they need" and "It should not be about reducing the cost of the assistance, but the opportunities for young people for work" are two among many. The committee End to the Powerless Politics is led by the mayor of Heusden Jan Hamming. He wants to avoid the PvdA becoming "a people's party without a people". Hamming is not concerned that the new course will complicate cooperation with the VVD. "On the contrary, it becomes clearer. In the VVD each decision is held against the liberal compass. We have our ideals to connect rich and poor, high and low educated. If a compromise does not match this, we will not close it."