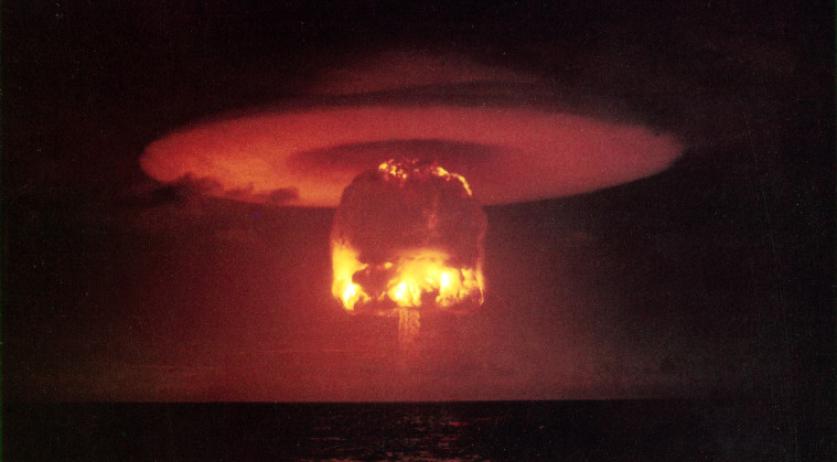 The Dutch investments in the nuclear industry have fallen with about 40 percent this year. Banks, pensions and insurers invested 1.4 billion dollar less in the production of nuclear weapons. This is evident from the annual examination of the investments in producers of nuclear weapons done by worldwide peace organization PAX. Last year the thirteen Dutch financial institutions accounted for nearly 3.5 billion dollars of the investments. PAX is positive about the decrease. "It goes in the right direction", says Wilbert van der Zeijden of PAX. He has been campaigning against the financing of the atomic bomb industry for years. "Many institutions have reduced. But the amount still pushed into this sector, is too high. It should be zero." The 1.4 billion dollar decrease in the Netherlands is at odds with the trend in the rest of the world. More financial institutions are pushing more money into nuclear weapons producers. This year the number increased by 114, according to the report "Don't Bank on the Bomb". $89 billion more was invested. The Dutch decrease was largely caused by ING and Aegon. Last year ING accounted for about 1.1 billion dollars, this year that dropped to nearly 609 million dollars. According to ING the decrease is not the result of the great pressure to terminate the investment. After ING, the pension fund ABP got second place for most money invested in nuclear weapons from the Netherlands. Aegon is in third place with nearly 238 million dollars, last year it was 967 million dollars. Also on the list with minimal amounts are ABN Amro, Rabbobank, Achmea, and pension fund PGGM, among others. Last year Delta Lloyd labeled nuclear weapons ans controversial weapons and did not invest in it. Delta Lloyd also does not invest in chemical- and biological weapons and cluster bombs. PAX thinks that the increasing publicity about the controversial investments contributed to the Dutch decrease. "This is partly because this issue, through these kind reports among others, is increasingly on the agenda. Nuclear weapons are indeed not prohibited. But financial institutions have a responsibility when it comes to investing in weapons of mass destruction."