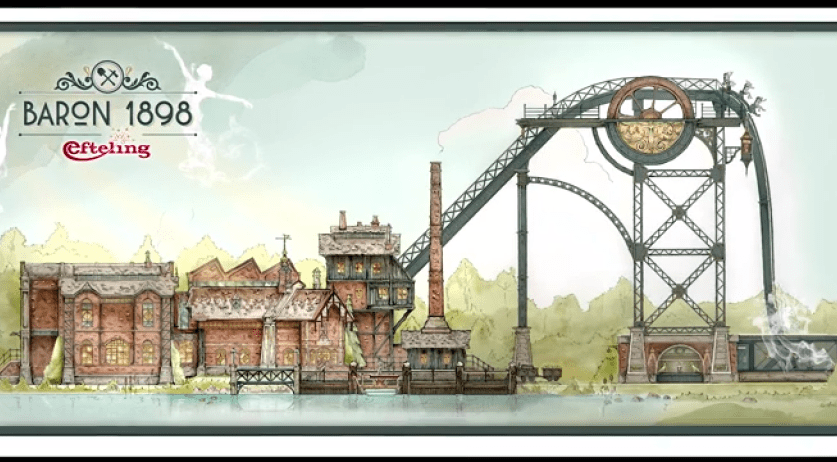 The new roller coaster that Efteling will open in the summer of 2015, takes visitors to the period of the Dutch mining in the 19th century. On the "Baron 1898" daredevils will free fall for 37.5 meters at over 90 kilometers per hour down a mine shaft. According to the amusement park in Kaatsheuvel, the story takes place both inside and outside of the ride. The legend tells of a greedy mine baron who found a gold vein in the south of the country. There he tried to extract as much gold as possible, but the fertile land was protected by the Weird Sisters (Witte Weiven). Mine Baron Gustave Hooghmoed called his miners to help him, promising them mountains of gold. During the ride it becomes clear that the Weird Sisters did everything in their power to sabotage the gold mining. The Efteling was inspired by the rich history of mining combined with the international legend surrounding the Weird Sisters Baron 1898 cost about 18 million euro.