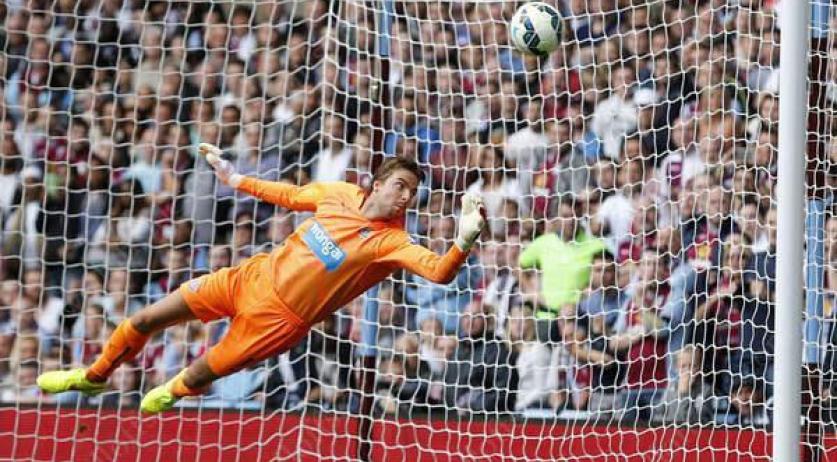 On Sunday the Dutch team will travel to Reykjavik for the European Championship qualifier against Iceland without Tim Krul. The goalkeeper from Newcastle United injured his elbow during a training session on Saturday. Coach Guus Hiddink called Kenneth Vermeer to replace Krul. Due to knee problems, the PSV midfielder Georginio Wijnaldum will also be unable to play against Iceland. In the midfield Hiddink will give preference to Ibrahim Afellay. On Sunday Oranje will get on the plane to Reykjavik with the keepers Cillessen, Vermeer and Jeroen Zoet. After dropping Wijnaldum, Hiddink's selection still consists of 24 players. One more player needs to be dropped for the match against Iceland.