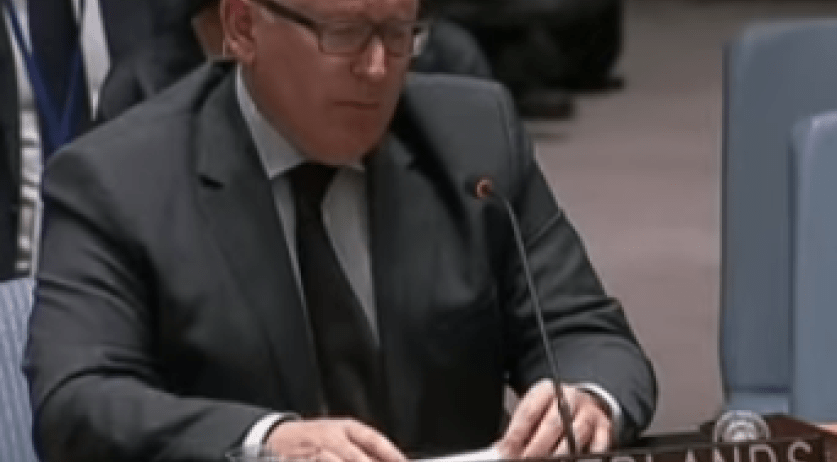 The families of victims of the flight MH17 disaster were never told that a victim was found with an oxygen mask still around his neck.  Yesterday evening at Pauw Minister Timmermans spoke about the victim with the oxygen mask, implying that the victims were conscious during the disaster. "They did not see the rocket coming, but you know someone was found with an oxygen mask on his mouth?" Timmermans said at Pauw, "He thus had the time to do that. We cannot rule it out. There is nothing we know now, from which you can draw the conclusion that it could not have happened so." Relatives find it remarkable that the information was never given. During various press conferences after the disaster, Prime Minister Rutte said that recovering the victims and informing the relatives always has priority. The Volkskrant reports that the kin of the victims received a mail this morning confirming that an oxygen mask was found on one Australian victim. The mail says: "The oxygen mask was secured with a rubber band around the neck of the victim. The oxygen mask was examined by the Dutch Forensic Institute for fingerprints, saliva and DNA. The examination delivered no results." Lydia Jumelet, one of the victims' relatives, watched Timmermans' "beautiful" speech on the talk show Pauw last night. "I really admire this man and am definitely not mad at him" she says. Lydia believes that he is telling the truth, but finds it strange that Timmermans is revealing the information now. There is a lot of speculation on social media about Timmermans remark since the broadcast. Twitterers wonder how the relatives will take the comment. They also question what this fact says about the assumption that the plane was hit by a missile fired from the ground. Timmermans did not want to comment on the controversy that has arisen about his remark this morning before the debate in the Second Chamber. http://youtu.be/eok2sWgMcV4