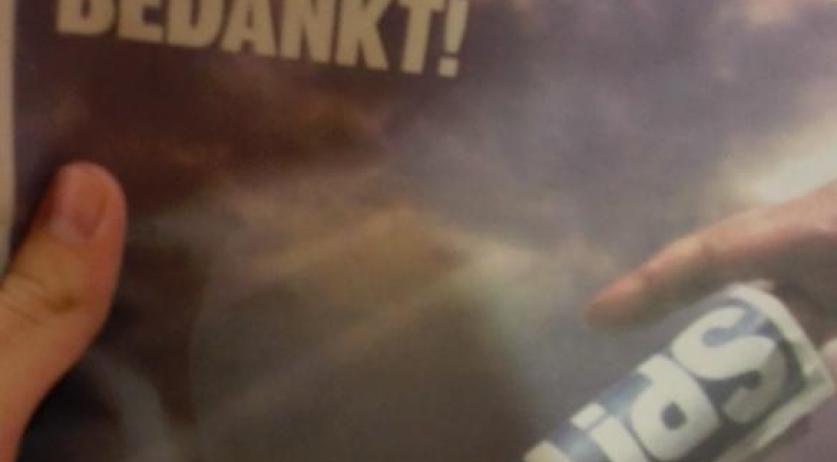 Final issue of Spits thanks readers

The last edition of free newspaper Spits appeared today. After fifteen years the newspaper is merging with Metro - another free Monday-Friday newspaper owned by the same parent company, Telegraaf Media Groep (TMG). From tomorrow Metro will be the only free newspaper in the Netherlands. Spits' website remains active. Spits thanks its readers on the newspaper's last ever front page. In the illustration the newspaper is handed to a hand with the word "Metro" printed on it. The intention is that Metro will soon be available in all the regions that Spits was. The print run is increased to 510 thousand copies per day. According to the makers the newspaper will be thicker, more beautiful, more interesting and fun. It is a special day for De Telegraaf too. Today is the last time that the newspaper will publish a large edition. From tomorrow De Telegraaf will be released in a smaller tabloid format.