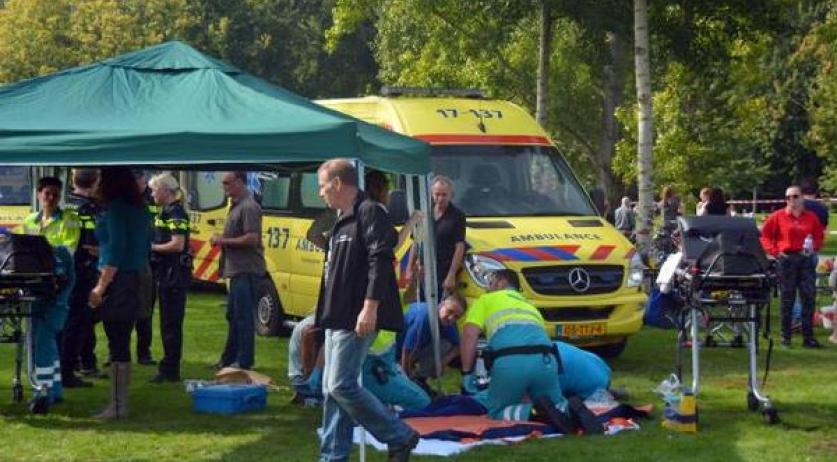 Eight people were injured Sunday when a horse got spooked and ran into a crowd at the Zuiderparkspelen 'cowboys and indians' party for kids in Rotterdam. Two children were among three wounded, who have been brought to hospital for treatment, the police reports.  Five others were also injured when the horse, which was tied to a wagon, ran into the crowd suddenly, but were treated on the spot. The police say that the horse, which was fitted with a wagon that was used to cart people around, was on a break when it was spooked by a loud noise. Nobody was in the wagon when the animal shot into the crowd. According to the police, the horse galloped through the crowd and into the grass field, and only came to a stop when it "ran into an wigwam."