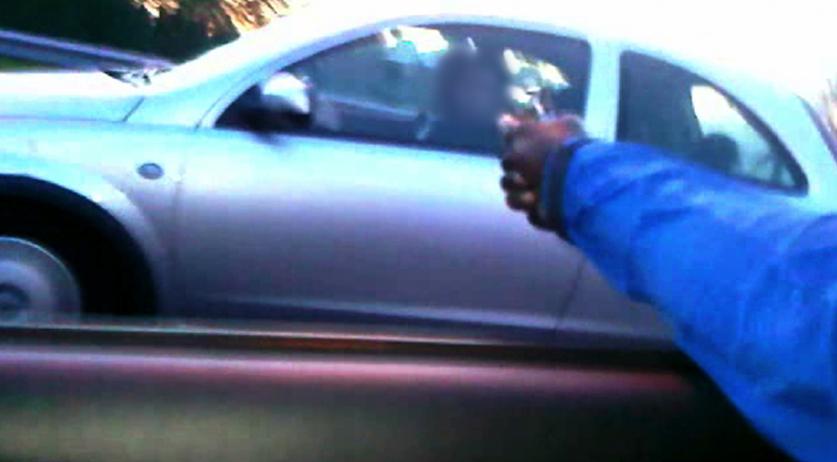 The police have released a video showing an incident from several months ago in which a pair of men take extreme revenge in a possible traffic argument. Two men are seen chasing and then shooting at a vehicle. Police are now looking for the victims. The video shows how two men in a Ford chase down an Opel Corsa on the A10 highway in Amsterdam near the Coentunnel. One of the men is heard saying that the driver of the Opel had just been "cheeky", and that "due to circumstances we are going to have to shoot them in the car. They have to pay, right?" After catching up to the target, the Ford maneuvers alongside it. The passenger then points a pistol at the vehicle. Police say that the Opel may have been hit by bullets. The police report that the suspects in this case have been arrested. The victims, however, are still unknown. The passengers in the Opel are believed to be a man, a woman and possibly a child. The video was discovered on a phone abandoned in a car after a police chase in June. The video itself dates 12 May, at around 9.30 in the evening.