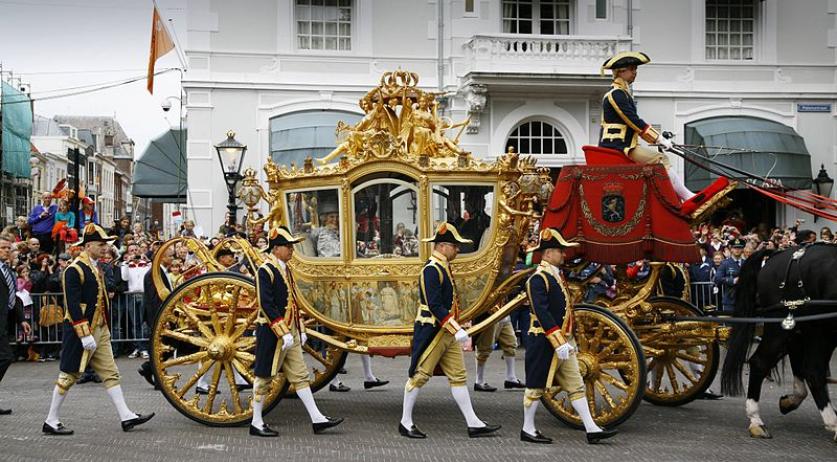 The Hague is expected to be visited by tens of thousands of spectators today as the annual Prinsjesdag parade makes its way through the city. The visitors will also listen to the throne speech on the 200-year anniversary of Prinsjesdag, and also the official announcement of the budget for next year. People are already streaming into The Hague to watch the Golden Carriage carry King Willem-Alexander and Queen Máxima from the Noordeinde Palace to the Binnenhof. In the afternoon, the King will read the speech in the Ridderzaal. The speech will explain the government's plans for the coming year. The Minister of Finance, Jeroen Dijsselbloem will offer the Prinsjesdag briefcase containing the budget. Several items from the budget have already leaked out, but the mood of the King's speech is not yet known. It is expected that there will be a lot of emphasis on unemployment in The Netherlands, as well as the overall global geopolitical context of today.