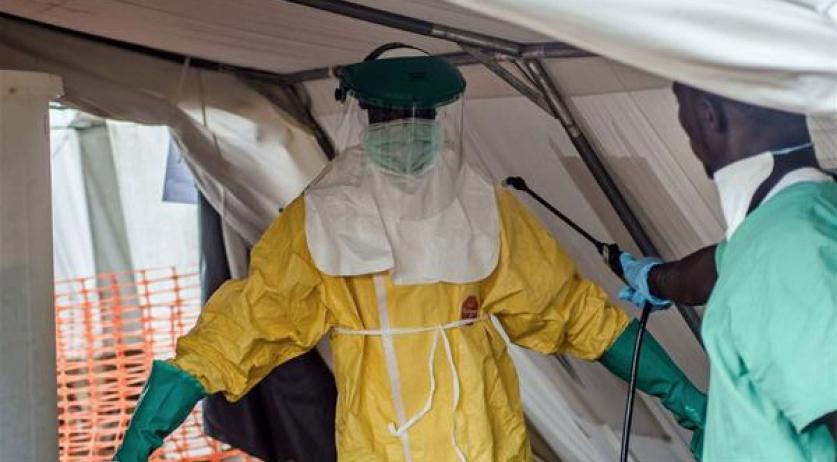 Dutch nationals in West African countries where the Ebola virus has broken out have been asked to register themselves at the embassy. The Ministry of Foreign Affairs has called for this measure due to the speed with which the virus is spreading, the NOS reports.  According to the paper, the embassies wrote a letter to the Dutch people known to live in these virus-risk countries such as Sierra Leone, Liberia and Guinea. In the letter, the embassies ask them to inform all other Dutch people of the measure, and to report themselves to the authorities as well. As per the embassy's increased health and safety measures during this time, the letter also lists three websites that keep Dutch people in West African countries under surveillance for their own safety due to the Ebola epidemic. At the embassy, a health expert has been enlisted to answer questions about the epidemic as well. The Netherlands is offering financial support to organizations such as Doctors Without Borders and the Red Cross, who have received €500,000 and €200,000 respectively. This coms from a brief to Parliament from Minister Ploumen of Development Co-operation. In an interview with De Volkskrant, the first Dutch nurse to work with Ebola patients in West Africa in this outbreak is 52-year-old Ronald Kremer. He works with Doctors Without Borders, and leaves for Sierra Leone today. According to the paper, at least 60 nurses have died after becoming infected with the virus since its outbreak. More than 100 are infected. Kremer believes that he will not get infected. "That will not happen. Nobody from Doctors Without Borders has yet been infected." This is because the organization has strict protocol that prevents their staff from coming into contact with the patients as well as each other, within and outside working hours. The organization has almost 600 people in the area, and is one of the few organizations working directly with infected patients. Kremer says that they do need more helping hands, as they're stretching themselves out as it is. Countries known to house Ebola patients are being shut off from the outside world in order to stem the spread of the virus. Sierra Leone earlier declared a state of emergency, and the army is going through towns and villages to search for people infected with the virus, so that these may be quarantined. Yesterday, Liberia also called for a state of emergency. The outbreak of Ebola in West Africa has so far killed 932 people.