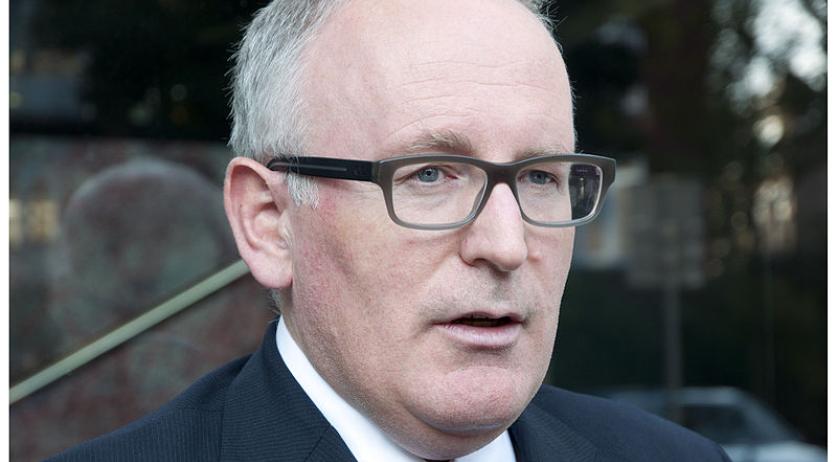 Gaza is about Israel, not Jews: Timmermans

Dutch Foreign Affairs Minister Timmermans has called on Dutch demonstrators against the Gaza conflict not to "fall into the trap of radicals" by persecuting one another based on religion. In an opinion piece in NRC Handelsblad on Tuesday, the minister said that "this is not a fight between Jews and Muslims", and no matter how heavy the conflict in the Gaza strip may be, the "irreconcilable polarization" cannot gain ground in The Netherlands, the NRC reports.  The Foreign Affairs Minister says that the perceived neutrality and safety of UN schools and hospitals being nullified by attacks on Gaza is "unacceptable." Timmermans wants an independent investigation to probe the proportionality of the Israeli interference in Gaza. Timmermans pleads for an end to hostilities between Israel and Hamas, saying that hope amongst many is hanging from its last thread as more than 1800 have been killed, and that "only the hate, the fear and the hopelessness" remain. The Minister hopes that Palestine wonders where they would be if "the many millions that have been put into rockets and tunnels by Hamas would have been put into the development of Gaza." This, Timmermans says, is outlined in the UN Security Council Resolutions. He says that only if the digging of tunnels and the procurement of rockets ends, Israel may feel safe enough "to bid Gaza the space - with help of the UN and under leadership of the Palestinian unity government - to integrate with the West bank and to make use of the economic chances offered by the favorable location." Further, Timmermans says that anti-Semitism has no place in The Netherlands. "This is not a conflict between Jews and Muslims. Whoever does make it that in The Netherlands, does not only fall into the trap of radicals, but also deprives us of the chance to be a positive influence in the region."