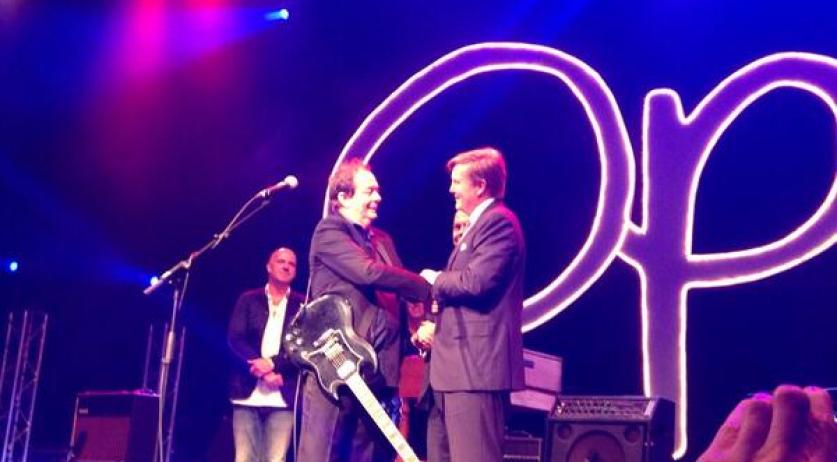 Thé Lau and his band The Scene did their last show in their farewell tour at the TivoliVredenburg music center podium in Utrecht on Thursday evening. He received a warm welcome from his fans, and a handshake from the King. The Scene is disbanding because 61-year-old frontman Thé Lau is fatally ill. He has throat cancer, and has been told that he does not have long to live. This is why the band chose to do a farewell tour last year. They played at Pinkpop, in the Heineken Music Hall in Amsterdam, the Lotto Arena in Antwerp and the Ancienne Belgique in Brussels. On Thursday, King Willem-Alexander officially opened the Tivoli music center. The singer gladly obliged when it was asked if he would choose that stage to sing his last song.