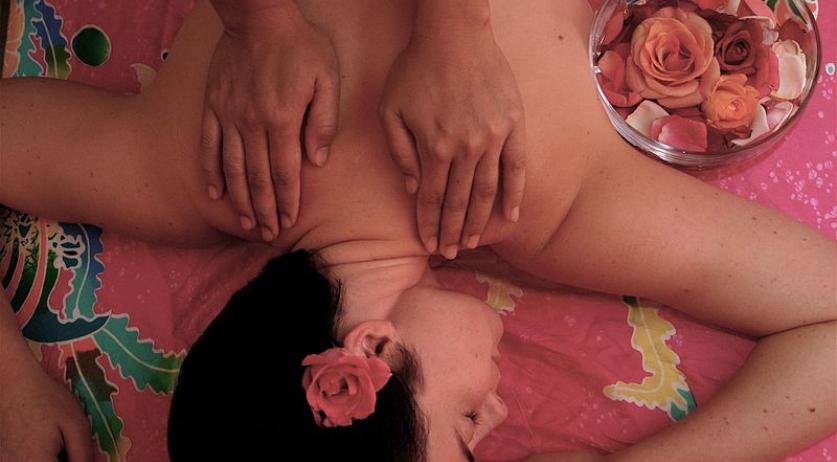 Sexual healer's photo book due out

Tika is a sexual assistant for the disabled, autistic people, schizophrenics and sexual offenders. A photo book about her work is being made. 'I please people.' Tika is working on a picture book about her work and the pictures do not leave anything to the imagination. One of her pictures is a photo of her, naked on top of a man with brain damage, in a wheelchair. Tika, who has been working in the care sector for years and slowly rolled into her new job, prefers the word sexual assistant rather than prostitute when asked to talk about her job. After her hbo- education in social welfare, she worked mainly with mentally challenged autistic people and preformed as a clown. “I like nurturing people. I helped them with a range of things, even physical care such as dressing and undressing or showering” When her working hours reduced, she quit. “it was very frustrating to me. There was such a limited time to help people; it was just not possible to do so.” But that was not the only reason why she left her job. When she just started working as a caregiver she noticed a lot of different problems with her patients, problems concerning sexuality, or better said the lack of it. “One time I put a woman, who became paralyzed at a later age, in the shower. While doing so you are very close to the person. She told me bit by bit that it has been very long since she had been intimate and that it troubled her. She had not been touched since she became paralyzed and she was wondering what I thought of this.”This was no taboo for Tika to talk about. “I did help the lady afterwards, which I told to a colleague later on. My employer heard about this and could have fired me, but did not do this. This is after all a question asked many times to caregivers. We visit normal people with normal needs,” explains Tika. Sometime later Tika saw a documentary with the topic sexuality and disabled people. This washer thing. She wanted to help these people but knew it was not possible in her position as caregiver. She decided to make a sidestep and wanted to add the job of sexual caregiver. She familiarized herself with the organisation of Alternative Matchmaking (SAR) and she found out that there was a huge waiting list of people with a handicap, mainly with males, having the need of sexual services. “I decided to take matters in my own hands. I make people very happy, just like when I was a clown. And I did not need an extra education;” explains a passionate Tika. Tika has been doing her job for 10 years now and has experienced all forms of handicaps: men and women with psychiatric problems, brain damage, autism, mentally challenged people you name it. She does not even care what the disability is of the person before visiting them. As long as she can help them she is happy. Her services vary. Some people just want to cuddle in bed while others just want plain sex. Certain clients with psychiatric problems or epilepsy just want her to lay down in her bikini. They do not want her to get naked as they might get an epileptic attach, which has happened once to one of her patients when visiting a prostitute. Her work is not always as easy as it sounds admits Tika. “I have been scared or hurt in the past. Once, a schizophrenic man started screaming at me after I helped him out. He started calling me a prostitute. He said that I ask money for my services while enjoying doing it myself.” It is uncertain if the man liked scaring her but it definitely worked if that were his intentions. Tika does not want to think or talk about that experience at all. The guy is listed on her ‘blacklist’. She even experienced biting and aggression. A blind man with compulsions intimidated her once so much that he ended up on Tika’s ‘blacklist’ as well. “He looked like he was going to strangle me with his hands around my neck. A special group for Tika are sexual offenders. I was not too keen on them at first but I wanted to help these people as well. She does not go to prisons to visit these kinds of people, which is where she draws the line. These customers are also not allowed to touch her. “Their urges are really high. They are very horny and want to touch you all the time. When this happens I tell them to sit down and have a break immediately. It takes a lot of my energy, I never shout and that works.” The customers pay between 50 and 95 euro. The money sometimes comes for their personal budget as well and is transferred to my account instantly. Others save to have me come over. Some institutions are open about these services but others want to keep it as a secret. I never tell them why I come to visit the patients at the gate, but some patients shout at me the moment they see me. “There is Tika, she is coming for Klaas”.