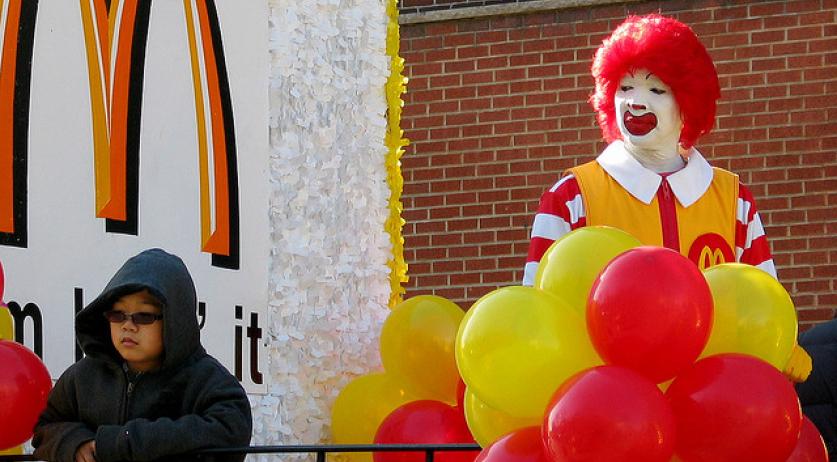 Consumer organization Foodwatch wants to stop marketing of food at schools. Food companies should not be allowed to use daycares and schools for their ads. Foodwatch is petitioning for this to stop. Foodwatch campaign leader Meike Rijksen tells RTL Nieuws that one in seven children today are overweight. Companies such as Blue Band and McDonald's are still using this age group to advertise its food with a health angle, however. McDonald's, for example, have used their clown mascot Ronald McDonald to perform sport and movement shows at schools. "We do not think it is the job of McDonald's to teach children about being active, the government would be able to do this better", Rijksen says. "If McDonald's really wants to do something good for the children, then they will stop promoting all those fatty products to children." Foodwatch wants to convince the government to change the ruling that allows the food industry to promote their products through information and PR. A petition has already received more than 5000 signatures. Foodwatch will present this petition, once more people have signed, to Parliament after the Summer. In a reaction, McDonald's tells RTL Nieuws that the company is simply performing its social duty. The company claims that schools and social organizations ask for these fitness shows to come to them. "The motive is no longer to sell hamburgers, but strictly societal." McDonald's says that they no longer cover everything in branding, "to prevent just such slander."