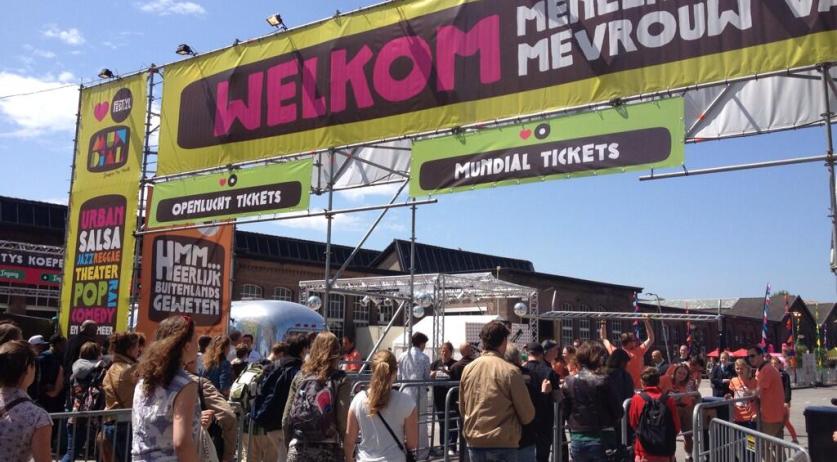 Festivals making final preparations for this weekends events are going out of their way to make sure that Oranje fans will be able to watch Sunday's World Cup match between the Netherlands and Mexico without issue. Festival organizers across the country are scrambling to provide large screens so supporters can cheer on Holland, newspaper Parool reported. Football rivalry will ultimately be a focus at the Festival Mundial in Tilburg, where the program's content is largely dominated by performances rooted in Mexican culture. "We think it's super-fun that we have to play against Mexico, because Mundial's guest country this year is Mexico," a spokesperson told the newspaper. A large projection screen will be set up outside the Park Podium for festival-goers, and organizers say they expect a large group of Mexican football fans for the match on Sunday due to this year's music schedule. "[The lineup] Friday night is completely dominated by Mexican artists." "We knew from the start that there was a chance that the Netherlands would have to play football, so we only have need a little push in the programming," the spokesperson said. Meanwhile, at the Awakenings festival in Spaarnwoude, visitors will get a choice between two viewing areas to catch every minute of the game. The screening areas will be disbursed around the six-stage music fest, which will continue according to schedule. Likewise, fans at the Down The Rabbit Hole fest in Beuningen, Gelderland will be able to watch the match, but they will have to make a choice between watching football or listening to the music. The festival does not have plans to change their schedule around the World Cup knockout match, but organizers pre-arranged a big screen for the World Cup in advance as a precaution against this type of scenario. Visitors to Parkpop in Den Haag, which drew 250,000 attendees last year, will not be able to make a choice between music and football. The free festival will not set up any viewing areas for Sunday's match. "People come for the music," a Parkpop spokesperson told the paper.