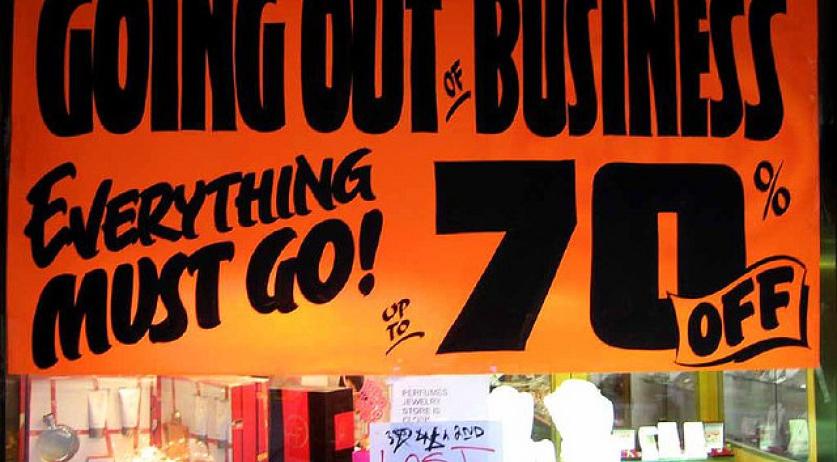 The number of businesses filing for bankruptcy has dropped 31 percent since May 2013. Last year, there were 800 declarations. In May this year, that number has dropped to 551, the Central Bureau for Statistics (CBS) reports.  In April, bankruptcy declarations still numbered 716. The drop in May's declarations is remarkable, then. The CBS attributes this to the fact that there were extra court days in April. Still, the number of bankruptcies has gone down. It is mostly trade and specialized services that have seen less failure, including consultancy and research. These branches are struggling the most out of any, however, with businesses in these sectors filing more bankruptcy notices than others. The CBS states that the number of bankruptcies declared is closely proportionate to the number of court days in that month. Because of this, bankruptcy statistics can fluctuate depending on the month. A three-month average gives a better view of the reality. With 598 against 617, the three-month average in May was also lower than in April. The average is around 600 for the first five months of this year. In the second half of 2013, the number of bankruptcies also dropped strongly, but the drop this year does not seem to be holding, the CBS states.