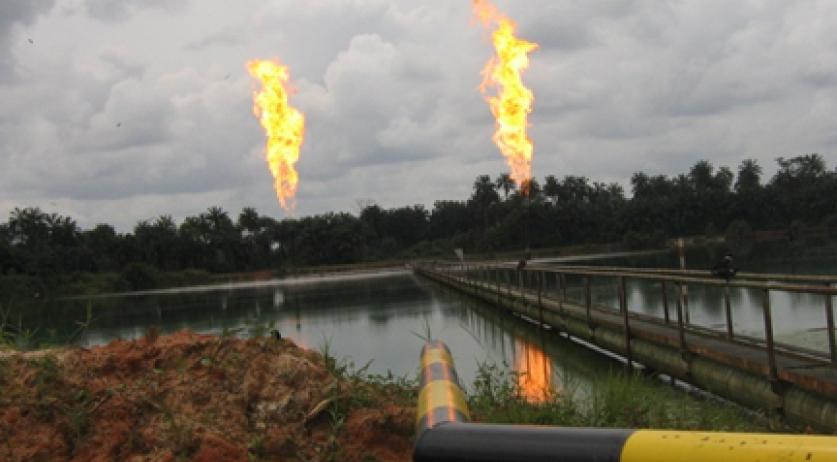 For more than a year, The Netherlands has been negotiating in secret in the Niger Delta oil pollution conflict in the unstable southern region of Nigeria. There is large-scale pollution in the Ogoniland, resulting from oil extraction activities in the region of companies such as Shell. Special envoy to The Netherlands, Bert Ronhaar has been able to get all parties involved to have talks, according to Minister of Foreign Trade and Development Cooperation, Lilianne Ploumen. "The only way to get to a solution is via talks and collective action from all involved parties." The Niger Delta has been under strain in the last few decades because of the oil extraction activities. There is political and social unrest amongst the local residents in the area, who believe they are not being fairly compensated for the big companies' physical effects in the area. They are also arguing that they are not receiving any financial recompense either. Oil pirates now rule the area, hacking pipelines and siphoning the crude oil for their own use. As they have little resources, workers sucked into this illegal yet lucrative pirated oil business are endangering their own lives refining the stolen crude oil. Oil pipelines are also often sabotaged. Poverty in the area is widespread. It is a dangerous area, where westerners are often kidnapped for ransom money. Last month, three Dutch nationals were held hostage in the area. They were released after a week, unharmed. The talks in the Niger Delta have been going on for one year already, on the initiative of ex-ambassador Ronhaar. These talks concern the affected parties, which include a federation of 20 local environmental organizations, Shell, a representative of the local Bodo community and a delegation of the federal state Rivers. UNEP is also present to provide technical expertise. The recommendations brought forth in a UNEP report of three years ago are forming the basis of these talks, of which there have been four gatherings already since August. Plans are developed in work groups. The first plan is a cleanup of the area. The second wants to prevent new pollution through better pipeline maintenance, and stopping oil piracy. A third work group is focusing on the economic development of the region, and the recovery of trust between the parties. Ploumen says that the plan's success depends on "everyone's preparedness to take steps", and work together. Because of the "complex situation", the road to a solution is very long, the minister says.