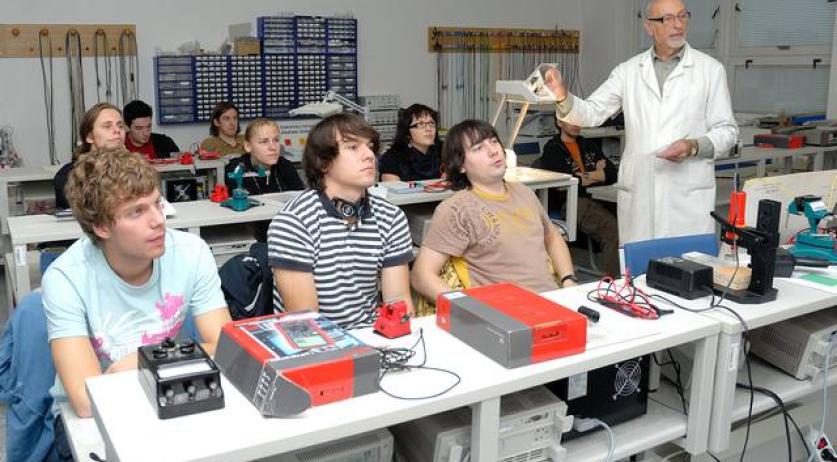 Students in Intermediate Vocational Education (Mbo) want more guidance while looking for internships for continued education. The Youth Organization Vocational Education (JOB) has monitored students looking for training positions, and found that they have a hard time doing so.  The monitor, which is a survey done twice every year, shows that less than half of students are positive about guidance for internship positions, and 21 percent are entirely negative. President of JOB, Michiel Steegers says that one in five students scrap the idea of doing a continued education course because they feel they don't receive sufficient information about their range of choices. Of all students, it is mostly those in their third and final year who are unhappy. Steegers says this is the most important year, because this is the group who is supposed to be ready to take the next step in their careers. Steegers feels that the student loan scheme introduced by minister Jet Bussemaker of Education - scrapping student grants for student loans -  is turning students off continuing their education. "The road to a job or a study has to be guided better because of that." Students also complain about the quality of their reading material, and few students want to take part in student councils. Four years ago, student consultation or input became mandatory, but many Mbo students find that this consultation is not arranged well or isn't arranged at all. According to JOB, many institutions see the organization of the consultation as more of a task for the students. "Of all 68 schools who took part in the survey, ten schools have a good working student council", Steegers says. The MBO council says that they are taking the JOB monitor results very seriously, and are going to take steps to ratify the situation, if they have not already done so. "The complaints about the guidance for example, already exist for some time. In many schools, extra internship and training guidance has been introduced at many schools in the last years", a spokesperson says. Despite criticism, students are overall quite satisfied with their institutions and their courses. According to the JOB survey, the average rating of schools is a 6.5 and courses get a 7. This is more positive than in 2012, when schools got an average of 6.9 and the course a 6.4. The JOB monitor survey is filled out by 255,000 students. The MBO council says "we are happy with a 7 as report mark, but we are not at all satisfied yet", the spokesperson says. The Council also points out that quality agreements for Mbo-schools are being made at the Ministry of Education. This includes internship guidance. "Schools will inspected on this by the minister", the spokesperson says.