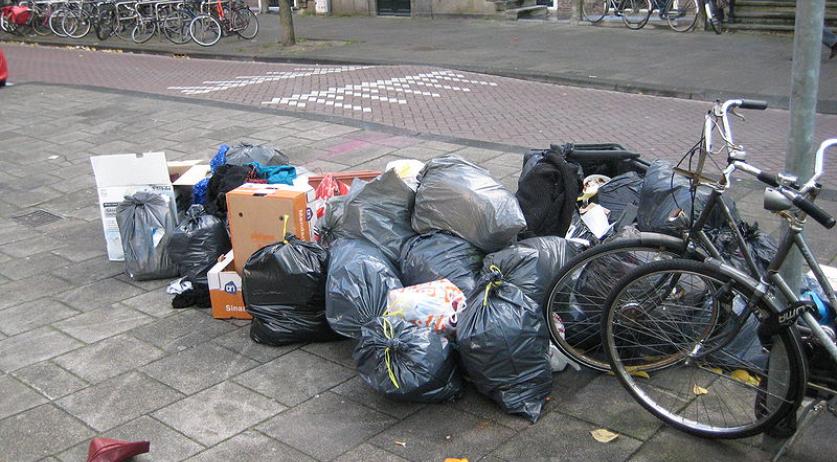 Garbage collectors of the municipal services in Amsterdam, Utrecht and Groningen are going to be on strike until Wednesday this week, in relation to disagreements about a new collective labour agreement for municipal officials.  For three days, trash in these three large cities will not be collected. Trash bins will be left full, the streets will not be swept and vegetation will not be trimmed. Damaged streets will also not be fixed. This is all in response to a year of struggle with the Association of Netherlands Municipalities (VNG) for a new collective labour agreement for municipal officials. Unions wanted a pay rise of 2.5 percent in 2013 and 3 percent this year, but VNG has not agreed. On Wednesday the 18th of June there will be a national protest day in Hendrik Ido Ambacht, a small town near Rotterdam. A yearly congress of the VNG will take place there. Protesting municipal workers hope to create more attention for their plea for a new collective labour agreement by situating their actions there. In the days after the strike, extra people and extra measures will be sent in to clear up the excess rubbish left from the city streets.