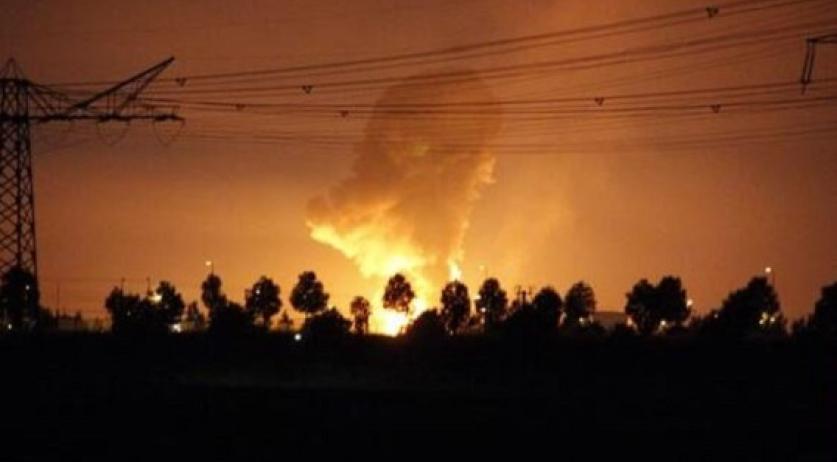 The Public Prosecution Authority (OM) is investigating the circumstances surrounding the incident at the Shell site in Moerdijk, where an explosion on Tuesday night resulted in a fire.  A spokesperson for the OM tells NU.nl that these kinds of investigations are standard procedure at companies that work with chemical products. "People in the surroundings of Moerdijk have a right to hear how this could happen", said mayor Jac Klijs or Moerdijk at a press conference. The situation has been established as secure and safe on the industrial site. Residents no longer have to keep windows and doors closed. Businesses on the industrial site can open again, but police officers are in place to keep disaster tourists away. Two people were lightly injured in the fire. They were brought to hospital, and have since already been released. Ethyl benzene was released into the atmosphere in the fire. According to a spokesperson for the Association for Public Health and Safety (GGD), this substance is not carcinogenic. The Fire Department tweeted a warning earlier today about heavy metals found in soil samples taken from the Shell site in Moerdijk. Minister Ivo Opstelten was also in Moerdijk on Wednesday. Ironically, he was at the municipality for a book presentation about a previous fire at Chemi-Pack, another chemicals company in Moerdijk. Shell was not represented at the press conference of the municipality and the emergency services. According to the NOS, the company announces that there is large-scale damage from the fire. The reactor that exploded will remain out of use for now.