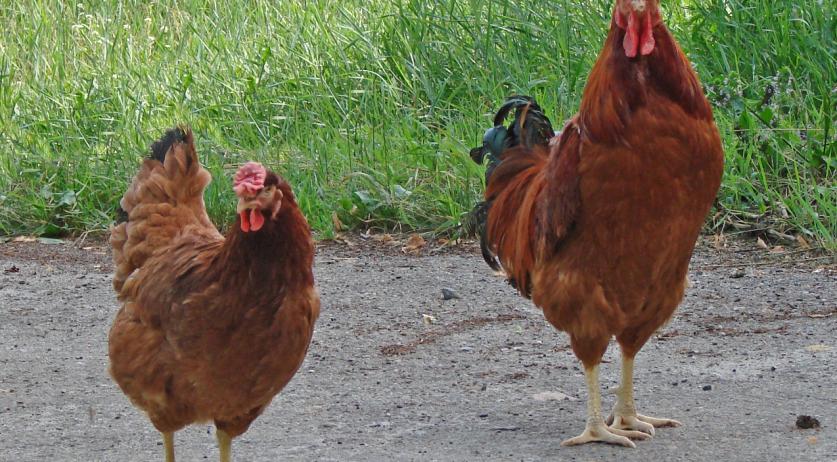 Chickens beheaded and impaled in a park, Eindhoven

Two chickens were found cut into pieces and impaled on trees in the Genneperparken in Eindhoven. The animal police was signaled at 2 p.m. by a municipality controller who found the animals in the park. "It looked like a sort of ritual slaughter", Age Opdam, the owner of a nearby farm, tells the Algemeen Dagblad. "There were teddy bears and voodoo pins. Chickens impaled with a rake. It was horrible." It was thought that the animals came from the Genneper Hoeve biological farm, owned by Opdam. "We immediately counted all our animals, but as far as we know, we are not missing any chickens." The farmer also keeps cows and pigs. He is shocked and worried, and is going to keep watch over his animals for the time being. Police spokesman Eric Passchier reports that the animals were taken away rapidly, due to the nice weather. "The animal police took photos and then quickly cleaned the area. It is a busy park, the first children were already walking over, in a manner of speaking. The general interest, that nobody had to see the ghastly scene, went before the interest of the investigation in this case. This does mean that no real investigation of the scene of the crime was done." Police are now hoping to clarify the incident with witness statements. There will be more regular surveillance of the area as well, the spokesperson said.