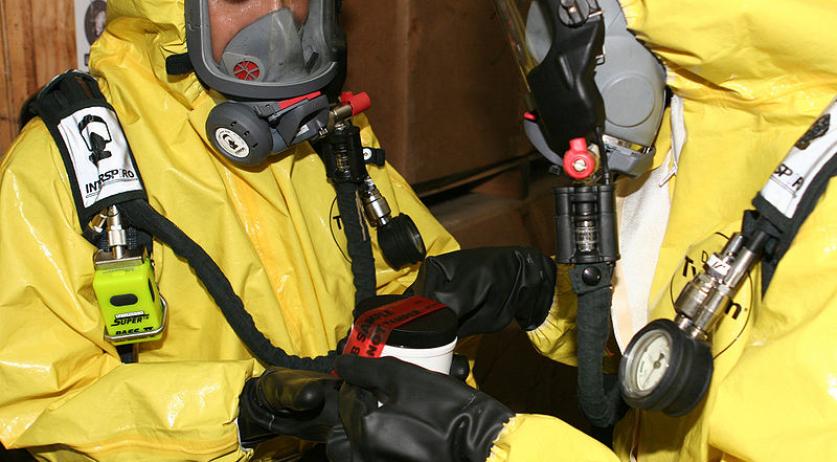 Two Dutch companies delivered products to Syria last year for the country's chemical weapons program. The delivery included 218 tons of glycol and six teflon pumps, according to ministers Lilianne Ploumen for Foreign Trade and Ivo Opstelten of Security and Justice on Thursday in a letter to the House of Representatives.  It became clear earlier that a Dutch company sent an unidentified amount of glycol to Syria between 2002 and 2006. Glycol is a chemical that is used as antifreeze, or a raw material for PET bottles. It can also be used as a basis for the production of sulphur mustard gas. Teflon pumps were also sent to Syria in 2002. This was not known at the ministry of Foreign Trade, and an export license had to be requested. There will not be a prosecution because the case has expired. Ploumen thinks that it is "horrible" that Syria bought these goods in the Netherlands to the benefit of their chemical weapons program. "Whether these goods were also effectively used, we have not been able to determine." Syria had to give the information to the Organization for the Prohibition of Chemical Weapons (OPCW) as it became a member last year. Last month, the syrian representative for the OPCW gave permission to make the list with delivered chemicals and goods public. In May of last year, it was revealed that a Dutch company delivered glycol to Syria. America already warned in 2003 that Syria would use glycol in their rocket program. Because of the civil war in the region, the Cabinet was unable to conduct closer research into this. The export of glycol did not need a license until last year June. A month later, with pressure from the Netherlands, glycol was placed on the EU-list of goods that are embargoed from Syria.