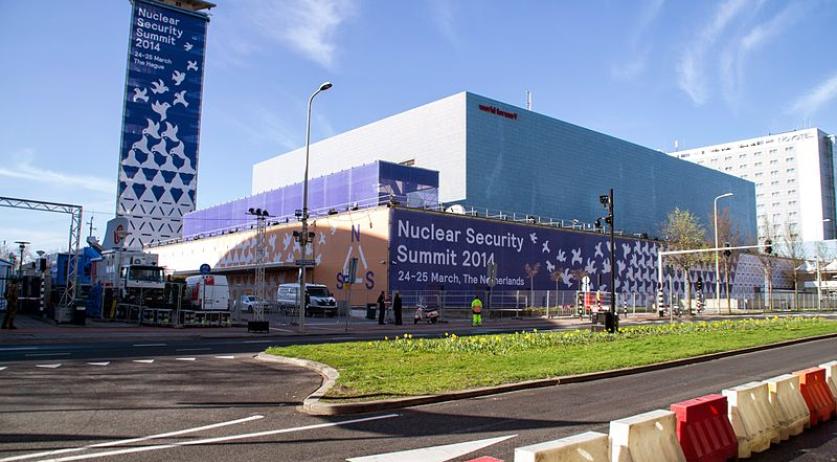 Strict security measures are in place to make sure that the delegates and other attendees for the Nuclear Security Summit in The Hague on Monday are able to travel safely. Government leaders and other high officials have been streaming into the country. On Sunday, officials from countries such as Nigeria, Georgia, Canada, Singapore, Kazakhstan, Indonesia, Armenia and Japan arrived at Schiphol. Chinese president Xi Jinping was already in the country, as part of a key state visit to Europe, which is the first since his election. American president Barack Obama arrived Monday morning in his Airforce One. Roads to and from Schiphol have been closed off to allow safe and quick passage for the delegates. Highways A5 and A44, and several sections of the A4 are not open to the public, and have been sectioned off by cement blocks. Special machines were imported from Belgium and Russia for this. Rijkswaterstaat, the Dutch Ministry of Infrastructure and Environment also performed extra security measures by controlling the lamp posts next to the roads. The lights were inspected to see if any bombs were hidden inside small openings. Several cars were also towed away in The Hague on Sunday. In the area around the World Forum, where much of the meeting will take place, several through-roads were also closed. Despite all this, several demonstrators were able to enter The Hague relatively easily. Around 50 people cycled into the city, protesting nuclear weapons. Later in the day, 250 people marched from the Hobbemaplein to the Spuiplein, protesting nuclear weapons and nuclear power. https://twitter.com/peerderijk/status/447728908142927872