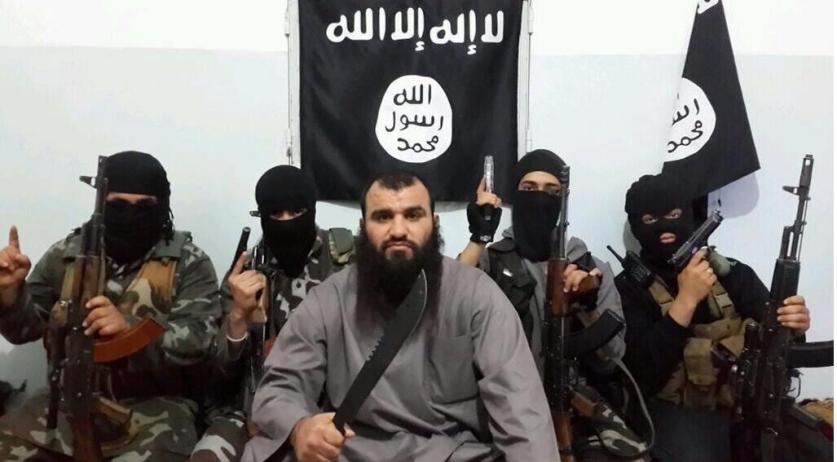 The jihadist from Almere who in January appeared on the internet posing with a severed human head, has resurfaced with a disturbing video on Youtube showing off even more heads. The gruesome picture in which Iraki born Khalid K. squats in front of the bloody heads supposedly cut off enemies slain in Syria emerged over the weekend, Volkskrant reported this morning. The newspaper said it was unverifiable whether the photos were real or some stunt of some jihadist group. And while it is undoubtedly clear that it is the 37-year-old Khalid from Almere in the photos, it is not clear if he cut off the heads himself. Obvious is that he seeks to profile himself as a scrupulous jihadist. Until he left the Netherlands for wartorn Syria in 2012 Khalid, aka Abudurahman lived in Almere for ten years. He collected disability and took medications for claustrophobia and schizophrenia. He briefly served time in prison on terrorism charges and left the country after his release. He made his first internet appearance in October 2012, squatting beside a corpse with an AK47 on his lap while he read a verse from the Quran. He was recognized by fellow Muslims from the mosque he attended in Almere. In 2012 he appeared to have joined the fighters of Al Gaeda linked group Jabhat-al Nusra, but the statements he reads in the recent gruesome pictures hint that he is now a member of the Islamic State of Iraq and Shaam (ISIS). The five heads supposedly were of Al Nusra fighters, which ISIS fights since the start of this year. As far as extremism is concerned, ISIS reportedly dwarfs Al Nusra.