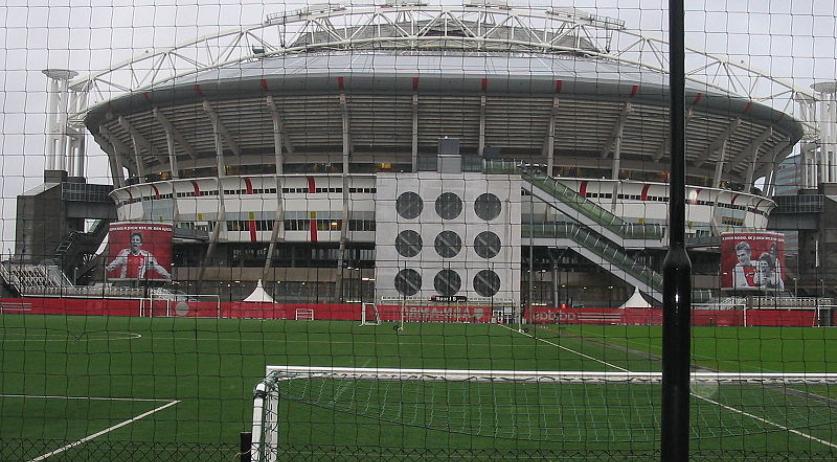 Cops use guns in Ajax riot

The Mobile Unit had to spring into action on Sunday in Amsterdam to keep the order between supporters of Ajax and SC Cambuur. Officers pulled out their guns at the Arena to keep Ajax fans at a distance. A Frisian supporter is reported to be heavily injured, het Parool writes. According to the police, there was unrest on the Nieuwmarkt before kick-off. Supporters of SC Cambuur brawled with Ajax supporters there.

Several hundred Cambuur fans came to Amsterdam for the match. Some pubs on the Wallen shut their doors to keep the rowdy fans out. According to a police spokesperson, the situation got out of hand when a group of Ajax supporters came to taunt the other side. This led to a short clash which the police managed to get under control with a charge. The police escorted the Cambuur fans to the Amsterdam Arena with the metro just before the match. They had to disembark at metro stop Strandvliet. From there, they had to walk to the stadium past the supporters home of Ajax, where hundreds of Ajax fans were collected at that moment. The Cambuur fans were pelted with beer bottles and stones. According to as of yet unconfirmed messages, a Cambuur fan was seriously injured in his face. Three Frisian supporters have reportedly been taken to hospital, according to local media from Leeuwarden. There is a train station at the stadium specially for fans of the visiting team, but a metro can't stop there. Most of the time, visiting supporters have to make use of a so-called combination service, with which they are taken straight to the stadium. The Cambuur fans didn't have to travel with the combination service because the game wasn't predicted to be a risky one. It is a so-called Category A game, which means that the supporters of the team can travel freely. Why the police brought the team to the stadium with a metro and not a train is not clear. Once at the stadium, a big group of Cambuur fans was denied entry to the stadium. That group was attacked several times by Ajax fans. The police had to get involved several times. During halftime, Ajax core fans renewed confrontation with the opposition, who were gathered slightly further away by the police. The Mobile Unit had to jump in to avoid a fight. One big group of Ajax supporters tried to get through the line of Mobile Unit officers to get to the Cambuur fans. The situation became so threatening that officers were forced to pull out their guns to keep the Ajax fans at a distance. No warning shots were fired. https://twitter.com/polOokmeerbrt/statuses/442779347922219008 That officers had to pull out their weapons shows, according to a spokesperson, that the situation was "incredibly serious." During the day, 12 people were apprehended. Seven of these are still in custody for open violence. Others received a fine, for insulting officers or screaming discriminatory things. http://www.youtube.com/watch?v=UdQH4cNnfhM