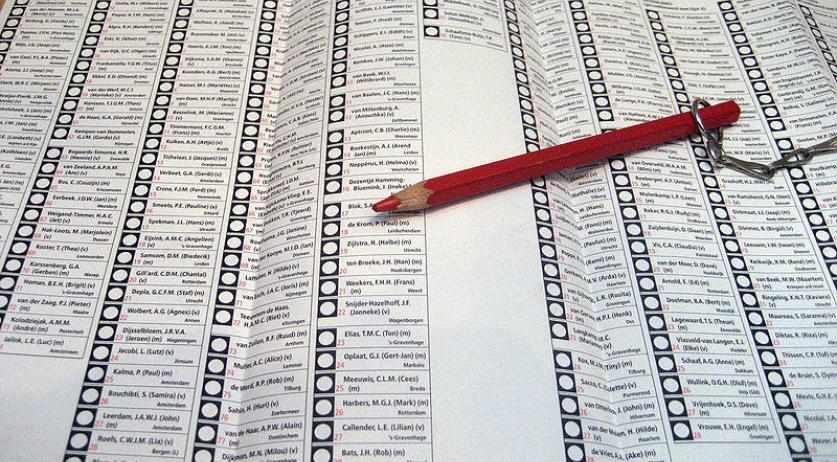 Many immigrants leave PvdA for D66

The PvdA is losing voter interest among immigrants, many of whom are moving over to the D66 instead, a study shows. The study from the Kieskompas and Forum institute spoke to 'allochtone' voters from Suriname, Turkey, the Antilles and Morocco. The term 'allochtoon' signifies a person who has at least one parent born outside the Netherlands, though more generally it is a blanket term for any immigrant living in the Netherlands. According to the study, one in three allochtonen are still unsure which way their vote will swing come election day for municipal council on the 19th of March, but the D66 is expected to receive between 10 and 15 percent of the votes. One in ten allochtonen want to vote for a local party. The PvdA, GroenLinks, SP, CDA and VVD follow, and stand closely together at 5 to 10 percent. André Krouwel of the Kieskompas says that allochtone youths are turning their backs to the PvdA because they want to make their own choice. They are not following the imam, the trade union or the area when casting their votes. "The youths are de-grouping, it's a beautiful example of emancipation. Turkish people most often changing side, they don't need the PvdA. They are economically forward and end up at D66 or VVD" Krouwel said. Another group is choosing to leave the PvdA for different reasons. They approve of the party's economic policies, but not their ethics. They are against equality for women, gay-rights and the ban on ritual slaughter. These people prefer to vote for local conservative Islamic parties. A third group is breaking with the PvdA because of the party's propensity for cronyism in its own ranks, as in Rotterdam for example. "People like Wouter Bos have expressed themselves negatively about the, in principal, loyal backing of the supporters", Krouwel says. In 2006, social democrats received 80 percent of migrant votes at the municipal council elections. "A lot of allochtonen are still in doubt now. And many people who do know, are not voting for the PvdA. Before, the party had those voters in the bag this soon before the elections. If all the doubters will now still vote for the PvdA, they'll easily overtake the D66. But they won't reach the Eastern European results of before anymore" Krouwel said. The study will continue until election day. Up to now, 600 people have taken part. "With those numbers, you can't say anything about percentages, there's still too few participants for that. Percentages can change. But the tendency is very clear", Krouwel concludes.