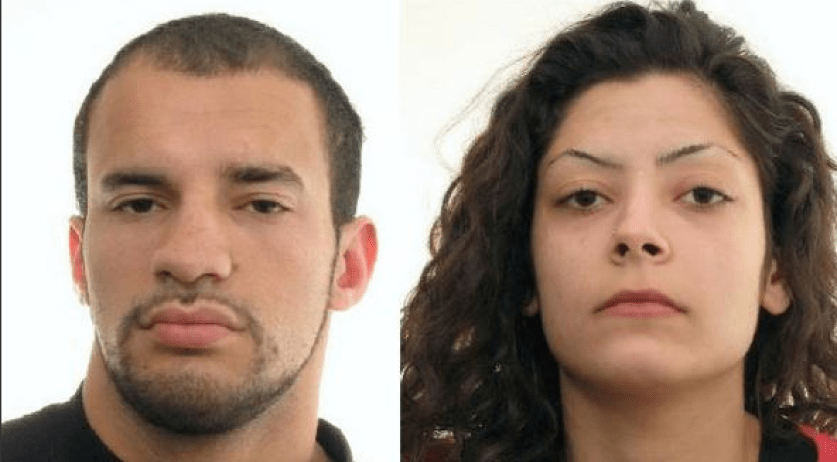 Young life of a fugitive

An adopted young man from Friesland, and his truant girlfriend from Enschede have wreaked havoc in the Netherlands. Antonio Marcos van der Ploeg (26) and Enise Merve Bircan (19) have been caught in Germany, but that doesn't erase what they have done to their families. "We are going through hell" Antonio's father said. Joeke van der Ploeg (65) and his wife have been looking on reluctantly as they have been forced to see their adopted son and his girlfriend Enise in the news, committing violent crimes. The family had to flee from their own homes in Harkema last week, by order of the police. Van der Ploeg tells his story from a secret location, the AD reports. "He is now apparently capable of anything. The police doesn't want to take risks. That's why we're in hiding. Although we're not afraid that he would do something to hurt us." Joeke sighs deeply. He has just retired and had hoped to spend his free time in peace. Instead, he has been sitting in tension with his family about what his son is up to. "And the worst thing is: they are making each other crazy and we can't do anything about it. We haven't had contact with him in weeks." 'Marco', as they call Antonio Marcos, lived with his parents up until he went on a robbing-spree with his girlfriend. How it could have happened that he has been gallivanting around committing serious crimes and keeping himself alive, is a big mystery to his parents. "In the past, this and that has happened as well. But what he's doing now, we didn't see coming at all." In the Frisian village where he grew up, Harkema, it is common knowledge that Marco hasn't been an angel since his youth. Antonio Marcos arrived here as a baby, just a few months old, from Brazil with the Van der Ploeg couple. At two years old, he got an adopted brother, Gautan. Marco's parents ran a butchery in the town in their younger years. In 1996, they let go of the business. Father, Joeke, became a truck driver and spent a long time away from home. When puberty struck, something happened that no parent hopes to experience. Marco went off the rails. He made a name for himself in the neighborhood as thief in his youth. On his 16th, he had to spend some time in a correctional facility for the criminally insane, for youths. Back then, as he does now, he made national news when he escaped during supervised probation in Groningen in 2005, and robbed a tobacco shop in Drachten. Nine years later, Marco was front-page news again, to the horror of his parents. Marco's father feels terrible about the lot his son's victims faced, but "Marco remains our son, we can't let him go." Neighbors of the family in Harkema know the depth of their love for their adopted son. "When he was in the prison in Vught, they drove almost 500 kilometers every Sunday to visit him for an hour. I don't have any compassion for Marco. They have to lock him away. But it is so bad for his parents who were always standing up for him" a neighbor said. In Enschede, Rafet Bircan, the 49-year old uncle of Enise, was also worried. The girl has been leading a futile life since she stopped school, he said. "Enise has been having it rough for a long time", the uncle said. "Her mother is a dominant type. Her father, my brother, is calm. He is also not in good condition. After he married, I saw him change. He drifted away from us. In the past, I was the only one who could get through to Enise, who could talk to her. I want to try that again when she's done her time." Rumor has it that Enise was abused in her youth. Rafet felt it coming due to the problems in his brother's family. "He was out of work for a long time". There is still doubt about Enise's role. For example, in the wife of another brother of Enise's father. "It is of course possible that Enise was pressured into it" the woman said. But Enise hasn't shied away from the duo's nefarious activities, according to president of naturist association Ostana in Enschede. Enise was stealing, and resorted to fisticuffs when she was caught. "Then came that male assaulter and he shot directly." That victim is in the hospital.