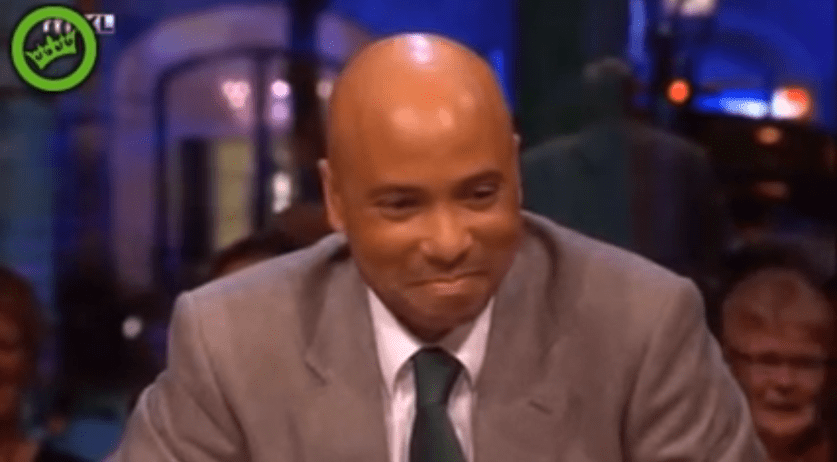 After “Holland’s Got Talent” host Gordon brought the tolerance of the Netherlands in question earlier this week when he made derogatory remarks about a Chinese contender, the country’s reputation received yet another blow when another RTL television program became the center of ongoing debate about racism. RTL Late Night talk show host Humberto Tan was told by actor Jack Spijkerman, “My God, you’re not only dark [skinned], you’re dumb as well.” The audience reacted with shock and Tan, of Surinamese descent, was dumbfounded. Spijkerman seemed to think he had done no wrong when he followed up his remark by saying, “I can say that. To him I can.” The broadcast was televised on November 8, and has become viral online following the “Holland’s Got Talent” incident. Racism in the Netherlands has become a hot topic in recent months, spurred on by heightening protests against the caricature of Zwarte Piet, the helper of bearded do-gooder Sinterklaas who brings children gifts. Many black people in the country feel offended by the Zwarte Piet portrayal, which counters the beliefs of many white Dutchmen who say the black-faced, red-lipped, nappy-headed helper is a treasured Dutch tradition that should not be disturbed. The protests drew the attention of the Office of the UN High Commissioner for Human Rights (UNHCR). Independent human rights experts looking into the issue at the behest of the UNHCR called on the Dutch Government to take the lead in the ongoing debate about whether it is time the tradition undergoes a change. These issues have left the country wondering where the division between satire, fun and racism exists. Writing about the Zwarte Piet debate in October, newspaper columnist Asha ten Broeke questioned whether “White fun is more important than Black pain.” “I don’t see the joke,” Lamyae Aharouay, another columnist wrote on Thursday, as she described Gordon’s behavior toward the Chinese “Holland’s Got Talent” contender. When introduced to singer Xiao Wang, Gordon asked, “What number are you singing, number 39 with rice?” A smattering of the audience laughed at the remark. A singer who moonlights as TV presenter, Gordon seemed not at all aware that he was being racially insensitive when Xiao Wang performed Verdi’s “La donna è mobile”. He made fun of the man’s origin, of the stereotypical Chinese inability to pronounce the letter “L”, and acted surprised that Wang actually sang beautifully. Gordon said, “I tell you honestly, this is the best Chinese I had in weeks.” Gordon burst out in a laugh, along with several in the audience. After voting the amateur singer into the next round, American choreographer Dan Karaty criticized fellow panelist Gordon. “We’re very tolerant in the Netherlands; to the extent that we tolerate racism. It is totally normal to make jokes on TV about the color of someone’s skin or his origin. And if you are not OK with it, then you are the one who is leftist, sour or just a huge pain in the butt,” the columnist wrote. Spijkerman’s comments on RTL Late Night were reminiscent to some of a highly criticized lyric in a children’s Sinterklaas song: “Even though I am black as soot, I still mean good.”