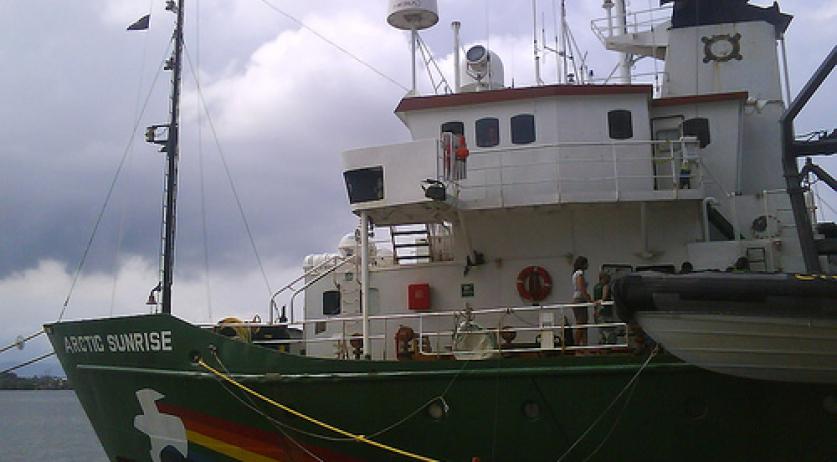 Dutch Greenpeace activist out on bail

The Dutch Greenpeace activist, Faiza Oulahsen, may be released on bail, decided a Russian court earlier today. Mannes Ubels will hear later today whether he may also be released on bail. The judge's ruling can not be anticipated. Earlier this week the judge ruled that a number of foreigners and Russians could be released on bail, but the court also extended the preliminary detention of an Australian activist. Now that Oulahsen may be released on bail, it is still questionable whether that happens immediately. There is confusion about the deposit according to NOS correspondent Godfroid . Bail is reportedly set for about 2 million rubles, which converts to about 45,000 euros per activist. Greenpeace is trying to find out where and how to pay the deposits. The Prosecution refers them to the court, and the court refers them back.