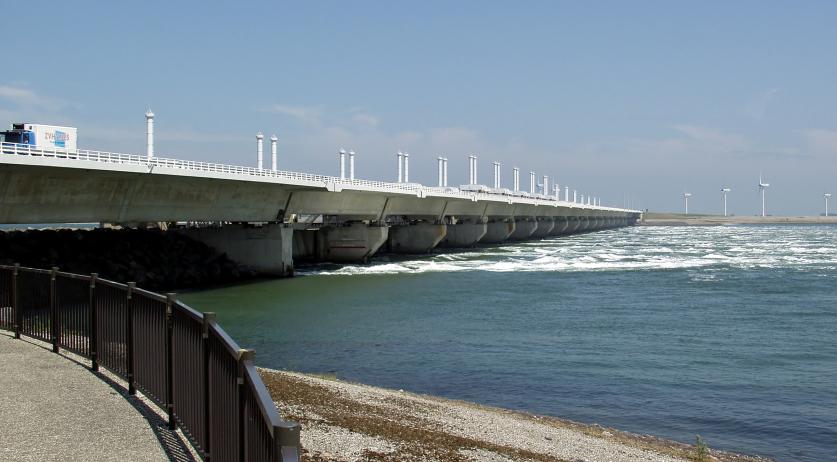 The storm surge barrier in the Oosterschelde is causing elevated sand banks to disappear underwater, thus threatening seals and migratory birds. But a new trial project from Natuurmonumenten, the department of Public Works and the province Zeeland, could help restore and reclaim the land.

Workers will fill the Oesterdam there with some 400,000 cubic meters of sand as a renovation of the coastal defenses, which incoming water has been able to erode by pulling the sand from the shoals and mudflats. One goal of the coastal defense is to protect and preserve the ecosystem in the area.

The birds find the spot an appealing point for taking a rest and finding food. Seals use the waters there to help rear their young.

The Oosterschelde has been closed off by dam and barrier since the 1953 North Sea flood, a disaster that hit Zeeland particularly hard. The Oosterscheldekering surge barrier is the largest of the 13 projects in the Delta Works, designed to protect a large part of the Netherlands from flooding. The four km long section in the Oosterschelde has huge sluice gates that are normally open, and can be closed under adverse weather conditions.

In 2002 the Oosterschelde became a natural park. Having an area of 370 square kilometers, it is the largest national park in the Netherlands with a total shore length of 125 km.