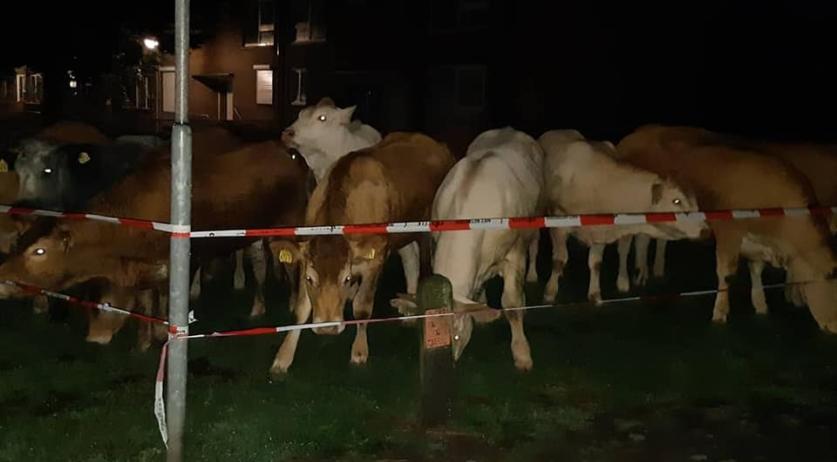 Cows on the mooove: Police corral cattle loose in Limburg

The police in Limburg chased a herd of cows outside of Heerlen during the early morning on Monday. The animals had escaped from a meadow in the village of Amstenrade, north of Heerlen.

Police received a report that there were between 10 and 15 cows walking across the Emmaweg in Brunssum on Monday at around 3 a.m. The escaped animals were then found in the village of Treebeek, part of the Brunssum municipality.

"After a long pursuit, together with Politie Basisteam Heerlen and Politie Landelijke Eenheid we managed to round up the cows in a residential area in Heerlen. After stringing up police tape, they became calm," Politie Basisteam Brunssum-Landgraaf wrote on Facebook.

Over the course of the morning, more reports of escaped cattle were received. These cows were then also tracked down in collaboration with Politie Basisteam Westelijke Mijnstreek, the police confirmed.

"Thanks to the good cooperation of colleagues, the farmer has come to collect the captured cows," police said.