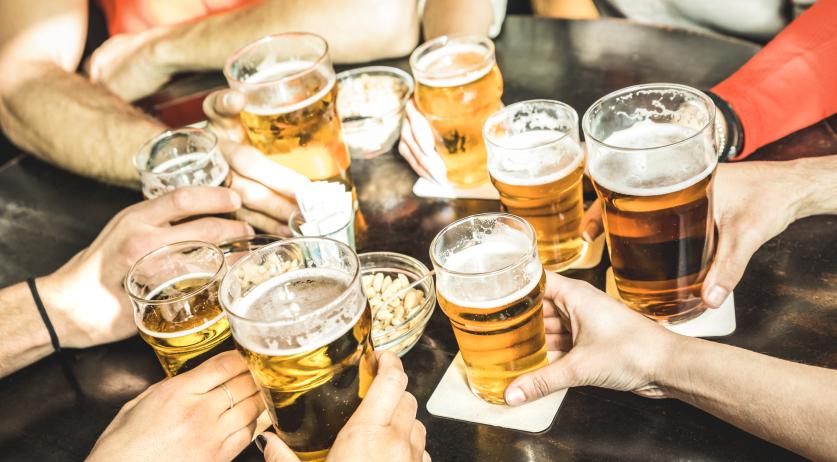 Beer, not toilet paper, briefly the most hoarded item in Netherlands

Beer appears to be hoarded in the Netherlands more than before, newspaper AD reported. The reason is the European Championship, and a new law which will enter into force on July 1. From that day, supermarkets, liquor stores, and online shops will not be allowed to offer a discount higher than 25 percent on beverages containing alcohol.

Previous research showed that supermarkets in particular made extensive use of stunt pricing. Thirty percent of the consumers participating in the survey commissioned by the Ministry of Health said they buy less alcohol without a discount and therefore drink less.

It is yet to be seen what effect the new law will have on turnover, according to a spokesperson for Plus Retail. “We won't know for a few months. What is a direct result of the new law is that we no longer sell spirits online. This is still possible at our physical shops, but the combination sale of non-alcoholic products and spirits via the website is no longer allowed."

Peter de Wolf, director of the Responsible Alcohol Consumption Foundation (Stiva), stated that the new rules will certainly be beneficial in the longer term. “The Dutch are drinking more responsibly, the number of heavy drinkers has been declining for years. You can also see it in the popularity of non-alcoholic drinks. It's not for nothing that we have several apps about health and working out on our phones now,“ he said.

”If there are fewer offers, many people are less likely to buy more alcohol. So that law will affect consumption,” he concluded.

The Centraal Bureau Levensmiddelenhandel (CBL), a trade association of the supermarket chains, says that the recent hoarding gives no reason to introduce more rules on alcohol sales. ''We play no role in that. The stores decide for themselves what promotions to have and whether or not to maintain a maximum number of bottles or crates per customer. What we do is give advice on the new Alcohol Act,'' CBL spokesperson said.

''Among other things, we indicate how you can sell alcohol responsibly in the future'', they said.

Anyone acquiring a large amount of beer should be careful where they keep it. "If you store beer in a dark and cool place, there is little to worry about and you can easily drink it after the best-before date with great taste. The best test is 'look, smell and taste,'" said Rick Kempen from Bier&Co to AD.