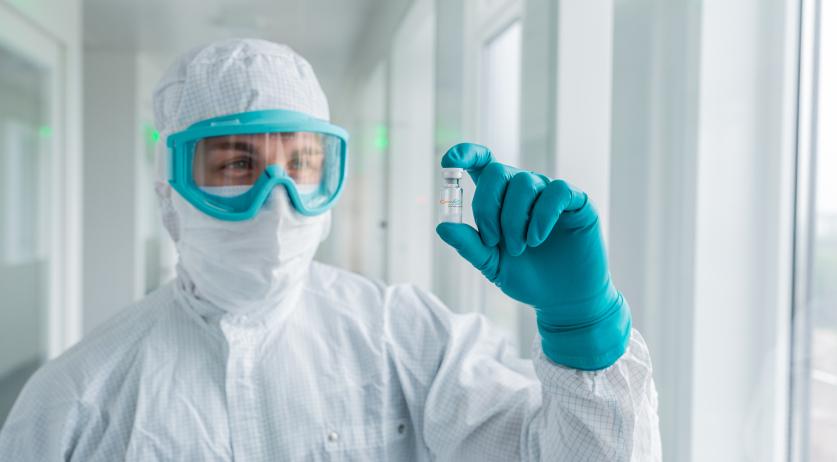 The Covid-19 vaccine from the German pharmaceutical company CureVac is only 47 percent effective, interim results of a late stage clinical trial showed. According to the company, the vaccine did not meet the "prespecified statistical success criteria."

The World Health Organization and the U.S. Food and Drug Association both recommend using vaccines with at least 50% proven efficacy. The European Medicines Agency (EMA) wants clinical trials to demonstrate they can meet that benchmark, but without setting a firm line in the sand, according to Reuters.

"While we were hoping for a stronger interim outcome, we recognize that demonstrating high efficacy in this unprecedented broad diversity of variants is challenging," said CureVac chief executive Franz-Werner Haas. According to him, the company is continuing the research and the effectiveness of the vaccine may still change. The CureVac vaccine, officially called CVnCoV, has been tested on approximately 40,000 people in Europe and Latin America.

The European Union pre-ordered 225 million doses of the vaccine, with an option to buy 180 million more. If approved for the European market, the Netherlands will have access to 10.7 million doses between July 2021 and March 2022, Health Minister Hugo de Jong stated in a letter to Parliament sent last month.

According to a spokesperson for the Dutch Ministry of Health, the disappointing outcome will not in any way hinder the progress of the vaccination campaign in the Netherlands. "CureVac would only arrive in the third quarter, and we will already finish vaccinating people older than 18 in August," she told the broadcaster NOS.

The long-term effects of the unsuccessful trial are hard to foresee at this stage, she explained. "We do not yet know whether we will need additional vaccines at a later point, for example for a booster shot for vulnerable groups or an annual jab."

The CureVac vaccine was developed as an mRNA vaccine, just like those from BioNTech/Pfizer and Moderna. The latter two are the most commonly used in the Netherlands.