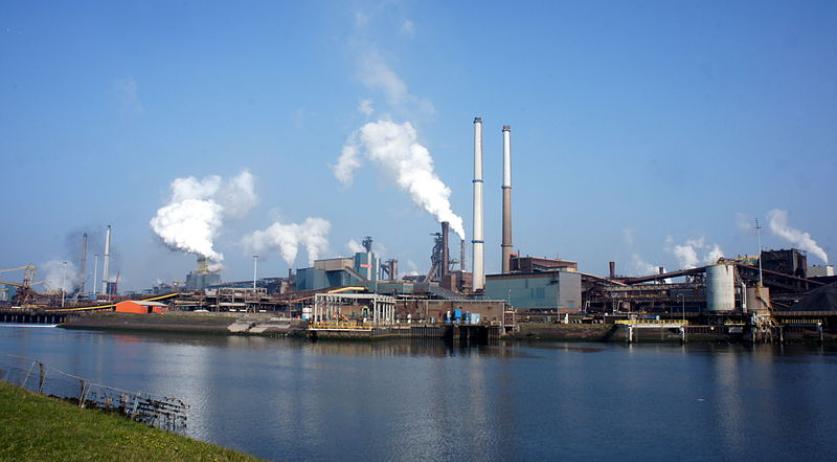 Tata Steel IJmuiden should pick up the pace on its plans to limit emissions and environmental damage, a plan which can be hurried along with the help of government subsidies, labor union FNV said on Friday. The union said the current production process at their plant in IJmuiden, based primarily on fossil fuel use, can be largely replaced with green energy and cleanly produced hydrogen within five years.

The steel production company aims to reduce 40 percent of its carbon dioxide emissions in the Netherlands by 2030 and become completely CO2 neutral by 2050. The use of carbon capture and storage, a process that in this case involves storing carbon emissions under the North Sea, is part of the Tata plan. The Dutch government agreed to subsidize a plan to capture and store carbon dioxide in gas chambers in the North Sea earlier this week with two billion euros.

“In our opinion, the subsidy that now goes to CO2 storage must also be used in real, structural CO2 reduction,” director of FNV Metal, Roel Berghuis, explained.

The trade union said that Tata Steel could already greatly reduce their environmental impact much sooner with government subsidies that could help pay for new green technology. “If you store CO2 underground, the environment will continue to suffer”, Berghuis stated.

FNV estimated that the cost for construction of the new installments will be around 1.4 billion euros. Tata Steel IJmuiden is currently up for sale meaning that the parent company will likely not make the investment. “That’s why government support is badly needed”, Berghuis pointed out.

Inhabitants from Wijk aan Zee hired a lawyer to help them fight for an environment with clean air. One of their requirements was that Tata Steel IJmuiden relocate. The steel industry in IJmuiden accounts for nine thousand direct jobs and 30 thousand indirect jobs via suppliers. Workers at the steel company started a petition against the efforts to move the company.

“Our plan shows that sustainable production can go hand in hand with the preservation of jobs. The condition is that the government adjusts the rules for subsidies for CO2 reduction," Berguis said.